Acceptance: how Germany worked its way from gay concentration camps to legalizing same-sex marriage and equal rights for LGBT people 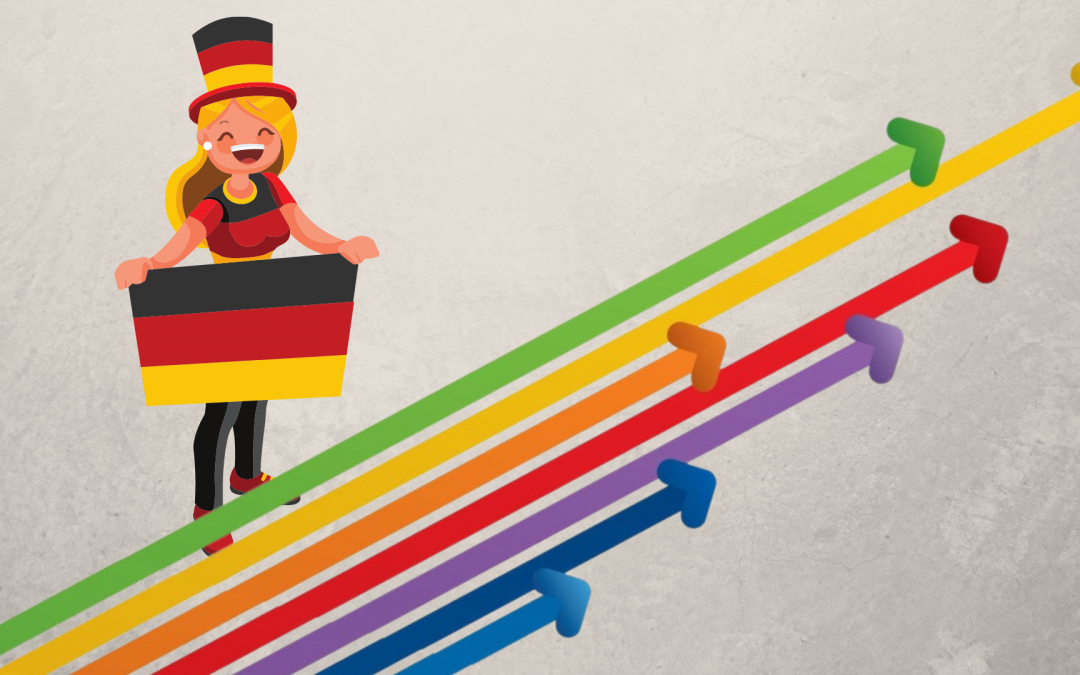 In Ukraine, the decriminalization of same-sex relationships took place in 1991, in fact with the acquisition of independence. For comparison, in Germany – in 1994. Since 1871, same-sex relationships had been outlawed in this country. In the heyday of Nazism, about 10,000 gay men were sent to concentration camps, where they received a kind of sew-on brand – an inverted pink triangle. All in all, due to the homophobic Paragraph 175 of the Criminal Code, more than 140 thousand gay men were imprisoned between 1871 and 1994, until it was finally abolished. 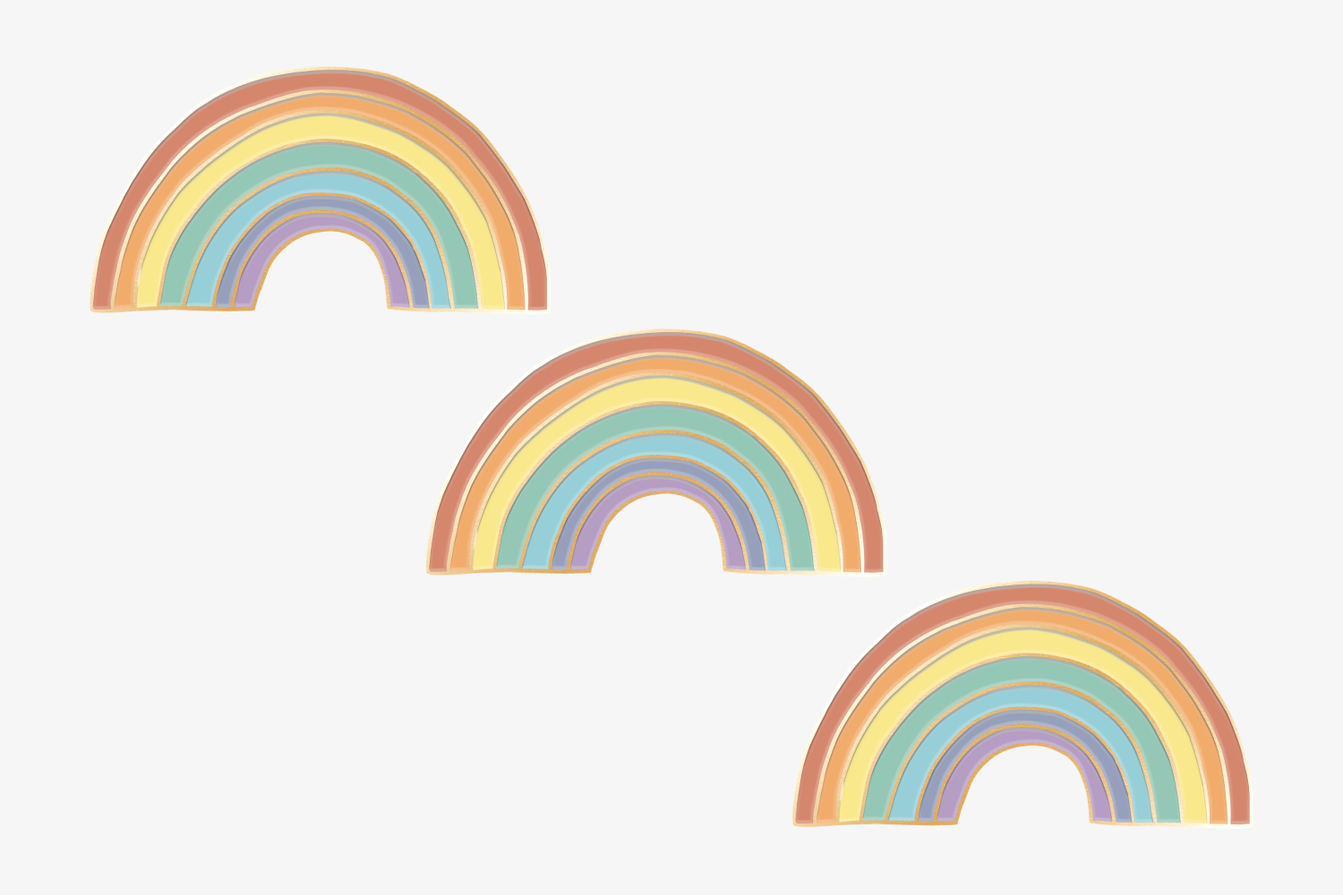 Volker Beck, a German politician who started out as an activist fighting against the HIV epidemic, says that the current generation of LGBT people in Germany may not even know how gay people used to be persecuted. He was one of those who pioneered the fight against discrimination on the basis of sexual orientation. Since 1989, he has advocated the right for LGBT people to enter into a same-sex marriage. And on his last day of work in the German parliament, a law giving this opportunity was passed, and Beck himself received a standing ovation for his many years of struggle. After all, it happened in 2017, 23 years after decriminalization.

“The government decides whether to give equal rights to homosexual people along with heterosexual people. But if you demand that citizens fulfill the same responsibilities but don’t give them equal rights, this is unfair,” says Volker.

In his opinion, the turning point that put Germany on the path to equal rights for its citizens was in 1992 when 250 gay couples came to local councils in different cities – large and small – and asked for official permission to marry. And it was already impossible to turn a blind eye to the fact that LGBT people were living all over Germany and needed the same rights as other people. The issue was put on the agenda, but it took another quarter of a century to resolve it.

The fact that in Germany the process of legalizing same-sex marriage was faster than in Ukraine can be explained not only by the desire to restore justice and compensate for the bullying and discrimination experienced by people who suffered from Paragraph 175. In Germany there are also many open gays and lesbians among politicians, mayors, ministers and deputies. Volker Beck himself is openly gay too, and he married his partner on the day when marriage was officially allowed for LGBT people in Germany.

Politicians began to come out, they became visible – visible people who were building the country, but did not have the same opportunities as their fellow citizens. Today, almost all German parties include openly gay and lesbian people, even the far-right ones. However, despite the fact that at the legislative level LGBT people already have the same rights as heterosexual people, the level of homophobia is still high in Germany. And any phobias give rise to prejudice, stigma and discrimination, accordingly. As reported by the German Institute for Economic Research, 30% of people who identify as lesbian, gay or bisexual face discrimination in the workplace. 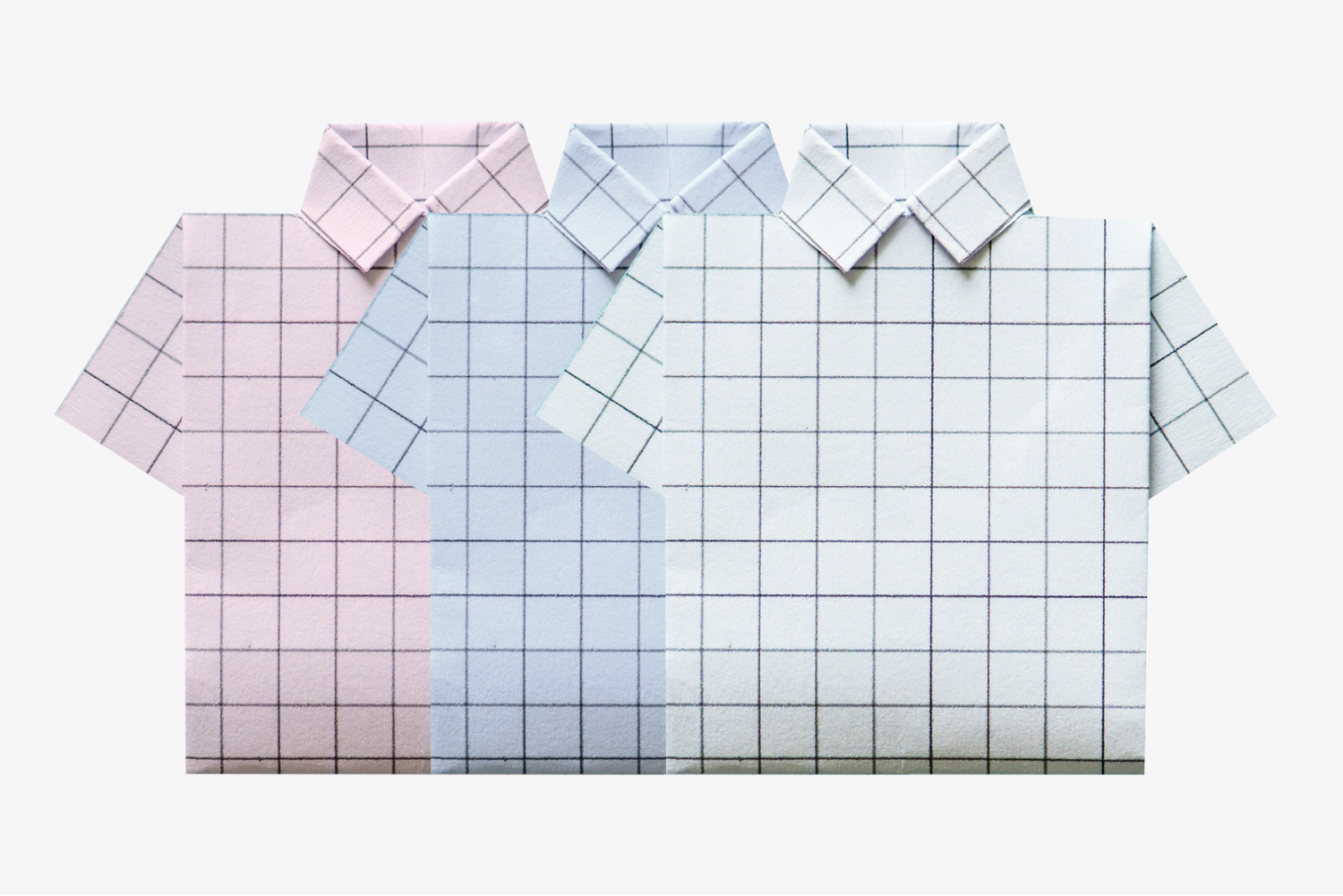 In Germany, LGBT people face bullying and prejudice at work quite often, so a third of the community members prefer to hide their sexual orientation and partners. Stuart Cameron, the founder of UHLALA Group, also had to live a double life. He was worried about how his colleagues and his boss would react to the fact that he was gay. After some time, rumors spread about his orientation. Behind Stuart’s back, people were talking about him and laughing, and he realized that he wanted to find a place of work where he could be himself. He managed to find a company whose executive was also gay. Finally, Stuart could say what he thought, bring his partner to corporate parties, or, for that matter, talk about the fact that he had a partner, without fear of being judged.

In 2009, Stuart decided that he would organize job fairs where LGBT-friendly businesses could find future employees. This is how the UHLALA Group project was started. At first, businesses were skeptical about his idea: companies did not understand the principle of diversity and why they should recruit completely different people into teams. But in the end, he managed to unite six companies that supported his idea. Now, 11 years later, Stuart’s company has become one of the largest LGBT employment companies in Germany.

“In countries where LGBT people are still discriminated against, I would encourage companies to start by addressing gender balance first,” Stewart says. “When they see the benefits of hiring more women, and their teams start performing better, they’ll understand that the diversity principle works. And then perhaps they’ll start thinking about other minorities.”

Acceptance in the army 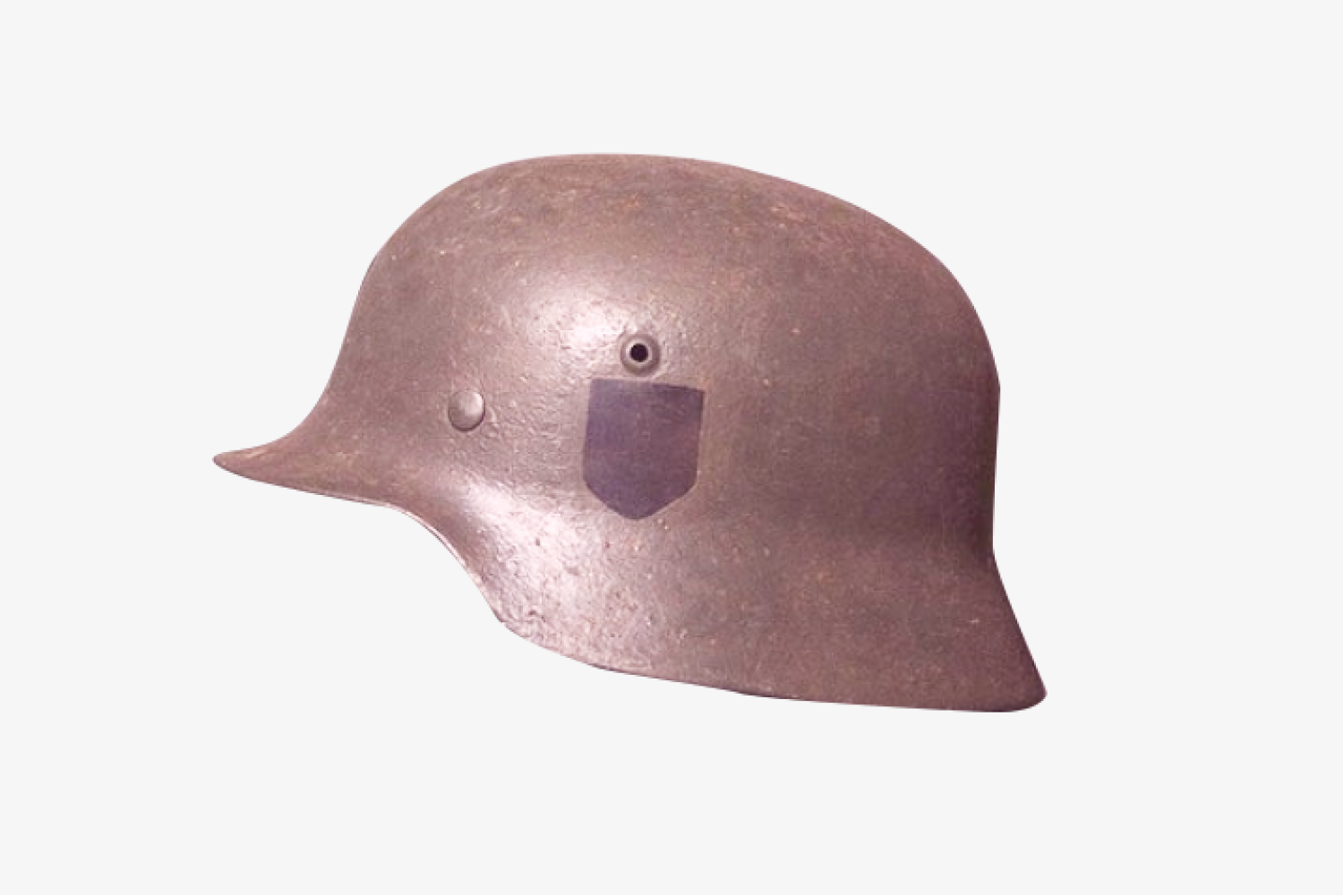 The same principle is followed in the German armed forces. Two years ago in Kyiv, I met the first transgender woman in the German army – Anastasia Biefang. By that time, the German media had written dozens of articles about her as a transgender woman who led a battalion of 700 people. Anastasia came out only at the age of 40; it took her three more years to complete the transition: change documents, start hormone therapy and undergo surgeries. When I saw Anastasia, she told me about the growing LGBT military community. It was May 2018. I told her that it was difficult for me to imagine such an organization in Ukraine. But literally a month later, the first serviceperson, ATO veteran Viktor Pilipenko, came out, and now in our country there is also an association of LGBT+ military officers, veterans and volunteers.

Anastasia’s story became a real case: there was even presented an official guide for transgender people in the army that provides recommendations for transgender people themselves and their immediate leaders. She also was filmed in a documentary that tells about her life: her experience, acceptance by colleagues and parents. But when she decided to come out, she could not imagine how she would be perceived in the German army. And yet she could no longer live and hide herself. It is worth noting that the German armed forces revised the recruitment policy back in 2001 – then it was decided to allow women into the army. And not everyone was happy with the change then. The same is true for LGBT people.

“But over time, everything changes and society becomes more open and accepting, in the army too,” says Anastasia. “Although being a transgender person and not hiding your identity is quite difficult.” Inappropriate questions from strangers, insults and bullying on social media are just a few things among what she had to face. “Even living in Berlin, a very diverse and open city, I sensed negative attitudes from other people. And I still get sarcastic comments sometimes. Of course, this couldn’t but knock me off balance, and it’s important to maintain your psychological well-being in this situation. I prefer to use negative vibes as energy and turn them into positive vibes for myself, into my ‘fuel’ for future achievements. And yes, on the one hand, these are the side effects of publicity and visibility, but on the other hand, if everyone is silent, we won’t see any changes,” says Anastasia. 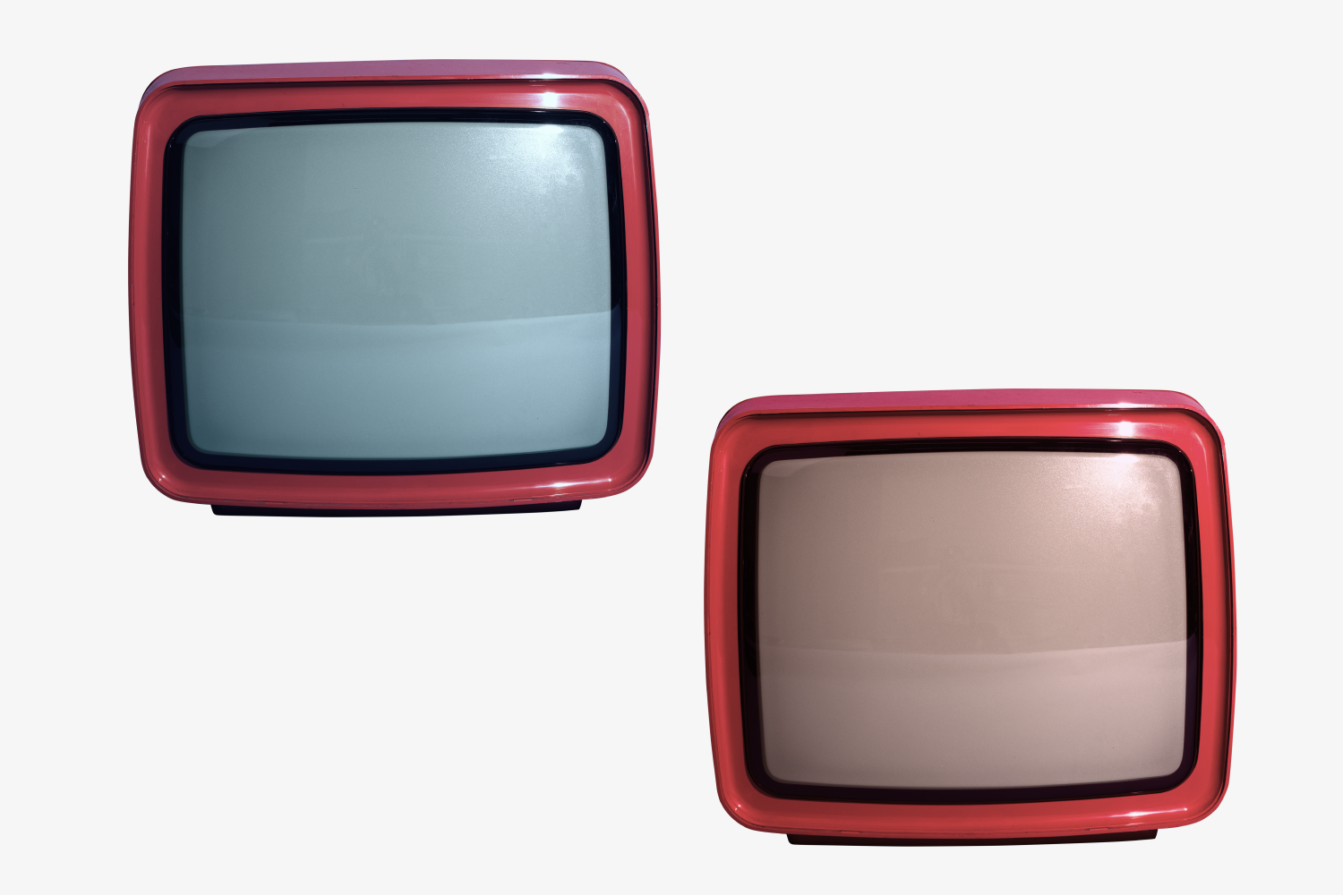 Publicity and visibility are, of course, provided by the media. For about ten years, journalist and publisher Manuela Kay was editor-in-chief of Siegessäule, one of Europe’s most popular LGBT magazines, and later founded L.Mag, a magazine about and for lesbians that is available throughout Germany. The fact that in the digital era there is a print magazine about LGBT people is quite significant. This means that there is demand and consumers. Indeed, Manuela confirms that such magazines exist thanks to the readers’ monthly subscription. Still, a third of the funding comes from advertising, which means that progressive businesses understand that there are people with different sexual orientations among their consumers and users, and begin to focus on them.

“We are part of the society,” says Manuela. “And you might be surprised, but there are companies that have already understood this and are willing to pay for advertising in a magazine with rainbow symbolics.”

Her colleague, journalist Stephanie Kuhnen, confirms that German media have become more sensitive to the topic of LGBT people. And yet, the community is still covered as a kind of exception rather than the norm. The generation gap that she observes in journalism has its effect too: young journalists are much more willing to cover LGBT issues than their older colleagues. 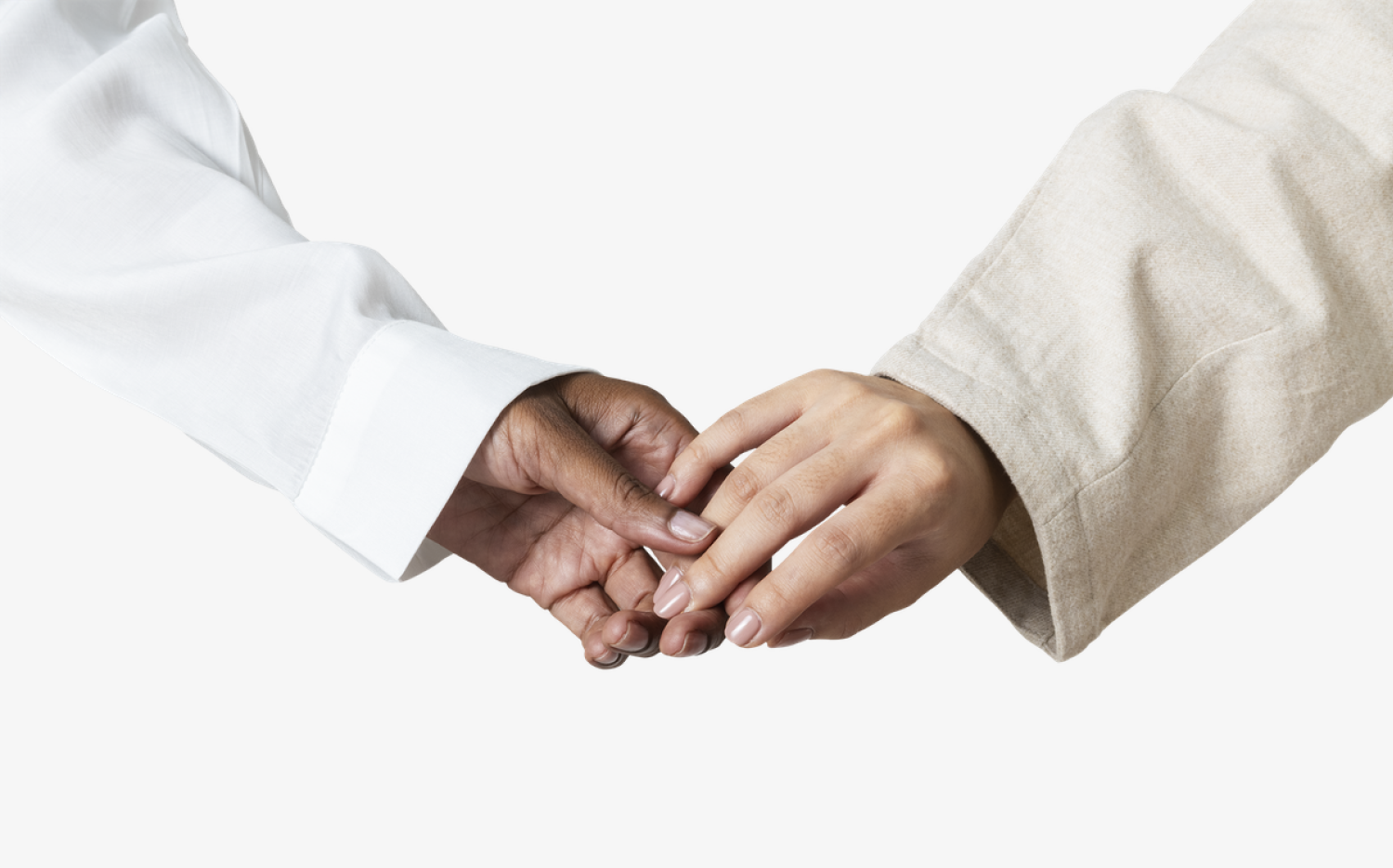 Johannes Kram, a political activist, blogger, the author of “I Have Nothing Against Gays, But …” says that although most Germans do not consider themselves homophobic, in fact they are.

“And even the fact that Germans support same-sex marriage doesn’t mean that they consider homosexuality to be the norm,” he adds. In his opinion, there is still a strong stereotype in German society that homosexuality is something shameful and dirty.

Johannes does not observe open discrimination:

“Today you are unlikely to hear from people that since you are gay, you are sick. Now homophobia has reached a new level. People say something like, ‘I have nothing against gays, I even have gay friends, but it would be nice if they didn’t show their relationship in public.’ And this ‘new’ homophobia is ubiquitous: in the media, in political statements, etc.”

Johannes himself came out as gay in the late 1970s:

“It seemed to me then that there was no problem, no homophobia at all. When I was about 40 years old, I realized that everything was not so simple. Yes, they don’t hit me on the street. Yes, no one will directly say anything offensive to my face. But they still don’t consider me normal. And not just me. I see how many people are suffering because they aren’t fully accepted. I see how children are suffering.”

A large American study (2005-2007) among 73,000 teenagers showed that LGBT adolescents are four times more likely to think about committing suicide than their peers, due to depression, self-rejection and bullying. In Ukraine, for example, according to the national survey of NGO Fulcrum UA, published in 2018, 88.5% of LGBT adolescents have faced bullying and threats, 47.2% have suffered from cyberbullying (bullying on social networks), and 53.5% – from physical abuse. In Germany itself, only in the current year, 2020, it was legally prohibited to use conversion therapy for minors (the so-called forced “treatment” of sexual orientation; it can be carried out using medical, psychotherapeutic and religious methods). In Ukraine, there is still no such law, although the WHO excluded homosexuality from the international list of illnesses back in 1990.

Despite his sexual orientation, Johannes personally considers himself, as well as all modern adults, a homophobe. Why? Because we all, both in Germany and in Ukraine, simply have no experience of life outside homophobic, sexist or racist society. Our jokes, traditions, beliefs, along with German folklore, historically have been built on the basis of heterosexual culture. And, despite the growing level of tolerance and changes in legislation, a couple of guys or girls holding hands will still attract attention.

Is there anything that can indeed trigger a change of attitude towards people with a same-sex orientation? “Being nice and trying to maneuver isn’t enough,” says Johannes. “You can’t overcome stigma in this way. We need a clear position and information. It’s necessary to explain to people why some jokes or phrases can be homophobic and offend the feelings of others, and discourage their spread. We can’t close our eyes to homophobia.”

You can read the original article in Ukrainian at Wonderzine Ukraine’s website following this link.