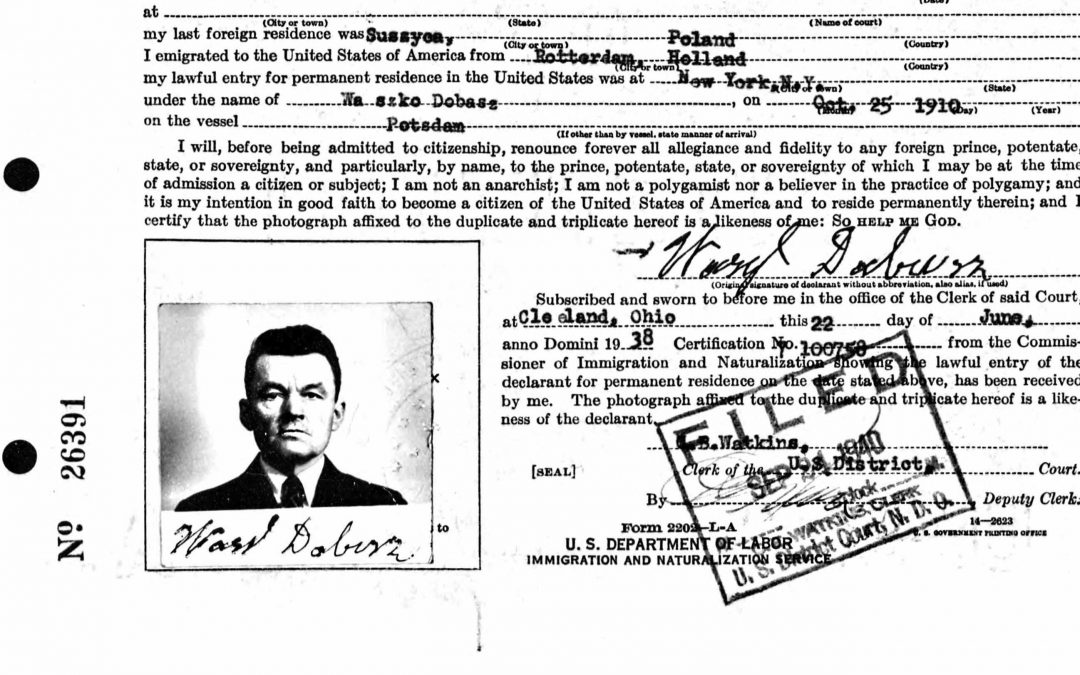 Though I’ve lived in Berlin since 2017, I grew up near Cleveland, Ohio, a former steel center in the American Rust Belt. Northern Ohio is a very flat place, with wide streets in the cities and wide swaths of farmland in between them.

But don’t think Cleveland is a farm town — it was the fifth largest city in the U.S. in 1920, and a fifth of its population of nearly 1 million was foreign-born, primarily European immigrants drawn to the booming manufacturing industry.

That included my father’s grandparents, who emigrated to Cleveland from western Ukraine and southeast Poland before World War I. Depending on the date, their origin countries on immigration documents were listed as Austria, Russia or Poland — Galicia, basically. But my grandfather’s parents, Wasyl and Tonka Dobush, spoke only Ukrainian at home, and my grandmother’s parents, Stanley and Mary Koharko, carried on their Polish traditions. I never met my great-grandparents, but my grandparents carried on their legacy — I grew up with pysanky at Easter and pyrohy made by the ladies at the Ukrainian Orthodox church.

Since I moved to Berlin, I’ve been able to visit Warsaw twice, and immediately felt at home. Every babushka reminded me of my grandmother. Making it over to Ukraine has always been a dream of mine, and the German-Ukrainian journalism exchange seemed like the perfect setup. In addition to my journalism work in business and tech, I’ve written about art, design and craft for many years. As Ukraine has a long tradition of handicrafts, I wanted to explore how queer artists and artisans are reimagining traditional Ukrainian aesthetics.

Shortly after I was accepted into the Ukraine exchange in September, a woman named Elena reached out to me on Facebook Messenger.

“Sorry to bother you, I’m in the middle of some genealogy research now,” she wrote. Her grandmother’s sister had emigrated from Ukraine to Ohio because of an uncle who already lived there. Did I possibly know anyone named Wasyl Dobush who was born around 1885? 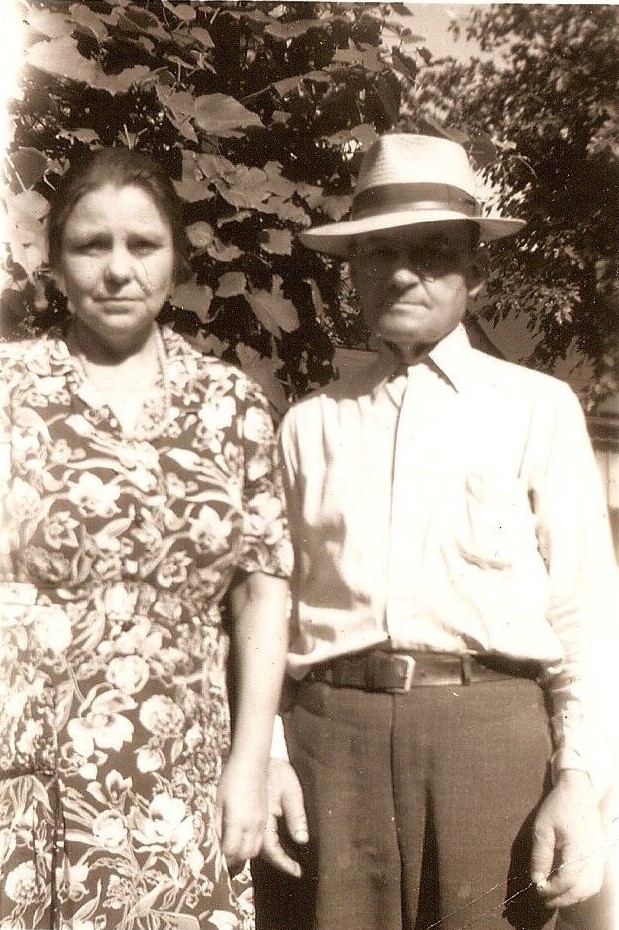 I was shocked but immediately wrote back that, yes, that was my great-grandfather who left Ukraine in 1910 for the United States. I had done some genealogy work of my own but hadn’t managed to go any further back than the passenger records. I had interviewed my grandparents about what they remembered of their families’ stories in the old country, but finding source records was difficult to do without knowing Russian, Ukrainian or Polish.

Elena and I compared notes and determined that her great-grandmother was the sister to my great-grandfather, making us third cousins. I had seen Wasyl’s hometown listed as Samburg on an immigration document, which she recognized as Sambir, near her ancestral hometown. She was able to find Wasyl’s birth record in local metric books in Suszyca Wielka in Lviv Oblast — I was impressed.

Elena herself didn’t grow up in Ukraine — her grandmother’s family and tens of thousands of others from her area were forced east to the Ural Region of Russia after World War II. Some of her relatives moved back to Ukraine in the 1960s, but Elena grew up in Chelyabinsk and now works in Thailand.

Elena was lovely to chat with, and when I told her I was going to Kyiv on the planned exchange, she connected me to a cousin of hers, my second cousin Andriy, who lives in Kyiv. My brother and I had been the only grandchildren on my father’s side of the family; up until this point I had no cousins at all. But now I have many Ukrainian second and third cousins, thanks to Elena’s research and a Facebook group she created. The descendants of the six children of Mikhail Dobysz and Anna Sawchak, who married in 1883 in Velyka Sushytsya, are now thriving around the world.

Of course, the pandemic forced the German-Ukrainian exchange to go online. While I enjoyed meeting the experts and other participants virtually, I still hope to visit Ukraine in person one day. And when I do, I won’t only be meeting my queer family, I’ll also be meeting my Ukrainian family.