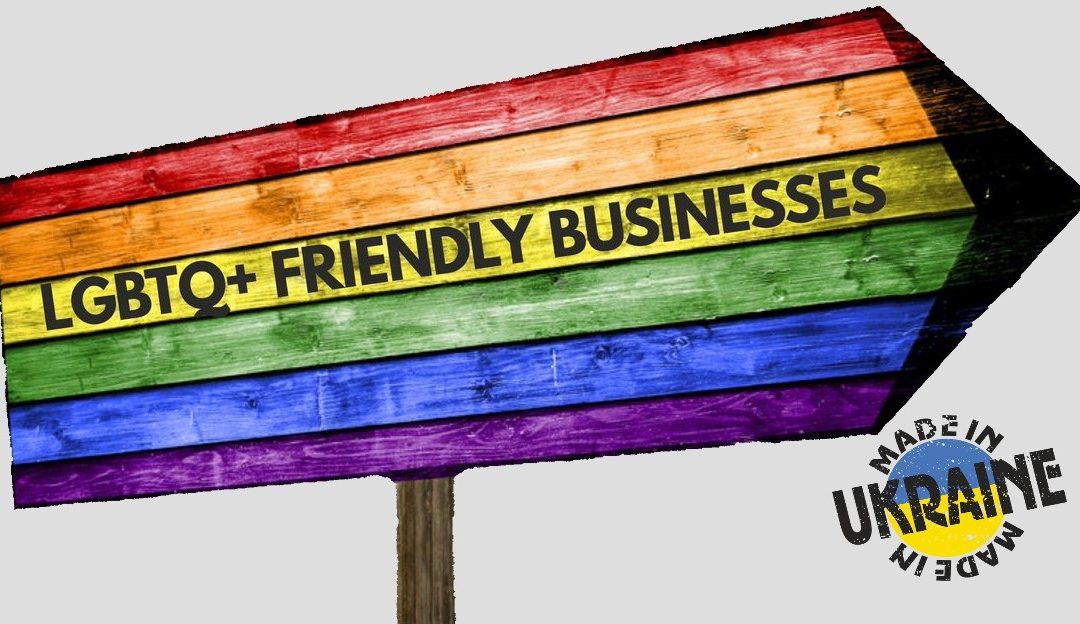 Large companies are often slammed for pinkwashing when they publicly support LGBTQI causes and people. But in Ukraine, where the Pride movement is barely a decade old, support from big businesses could make all the difference for acceptance of queer rights.

In the year the world seemed to grind to a halt, it might be expected that Kyiv Pride organiser Ruslana Panukhynk would have enjoyed a quiet 2020. But during the coronavirus crisis the Ukrainian Pride movement, like many around the world, was given a new lease of life online and with a few socially-distanced events.

Panukhynk and her team devoted much of their time to making sure Pride 2021 will be bigger and better than ever before. Following successful partnerships with some Ukrainian companies, like taxi and ride-sharing service Uklon, one of Panukhynk’s key goals is for the Pride movement to engage more with the corporate world.

UKLON’s cover on social networks during Pride Month in 2019

“This year, we tried to reach out to more businesses,” Panukhynk explains. “Small businesses have been easier to work with, because they are more open to LGBTQI people. Some of the big corporations are less interested.”

“If we have ‘offline’ Pride in 2021, a lot of new big organisations will join us in marching,” she confirms.

In 2020, virtual and real-life Pride events in many countries have been defined by a rejection of corporate sponsorship and commercialisation and a return to the roots of the LGBTQI liberation movement. “Pride is a riot” became a trending phrase in France, Germany and the United States. June 2020 marked 50 years since the first Pride March took place in New York City, to commemorate the Stonewall riots.

So Panukhynk’s embrace of big business may strike an uneasy chord to non-Ukrainian ears. But she is far from alone in believing that a strong relationship with the private sector is key to the future of the LGBTQI movement in a country where only 10% of people say they even know a gay person.

“A lot of anti-discrimination legislation already exists in Ukraine — but our businesses have a long history of not reading Ukrainian legislation properly,” Iryna Fedorovych from NGO Social Action Ukraine tells me, laughing. “For most Ukrainian companies, LGBTQI inclusion and equality is a European idea.” 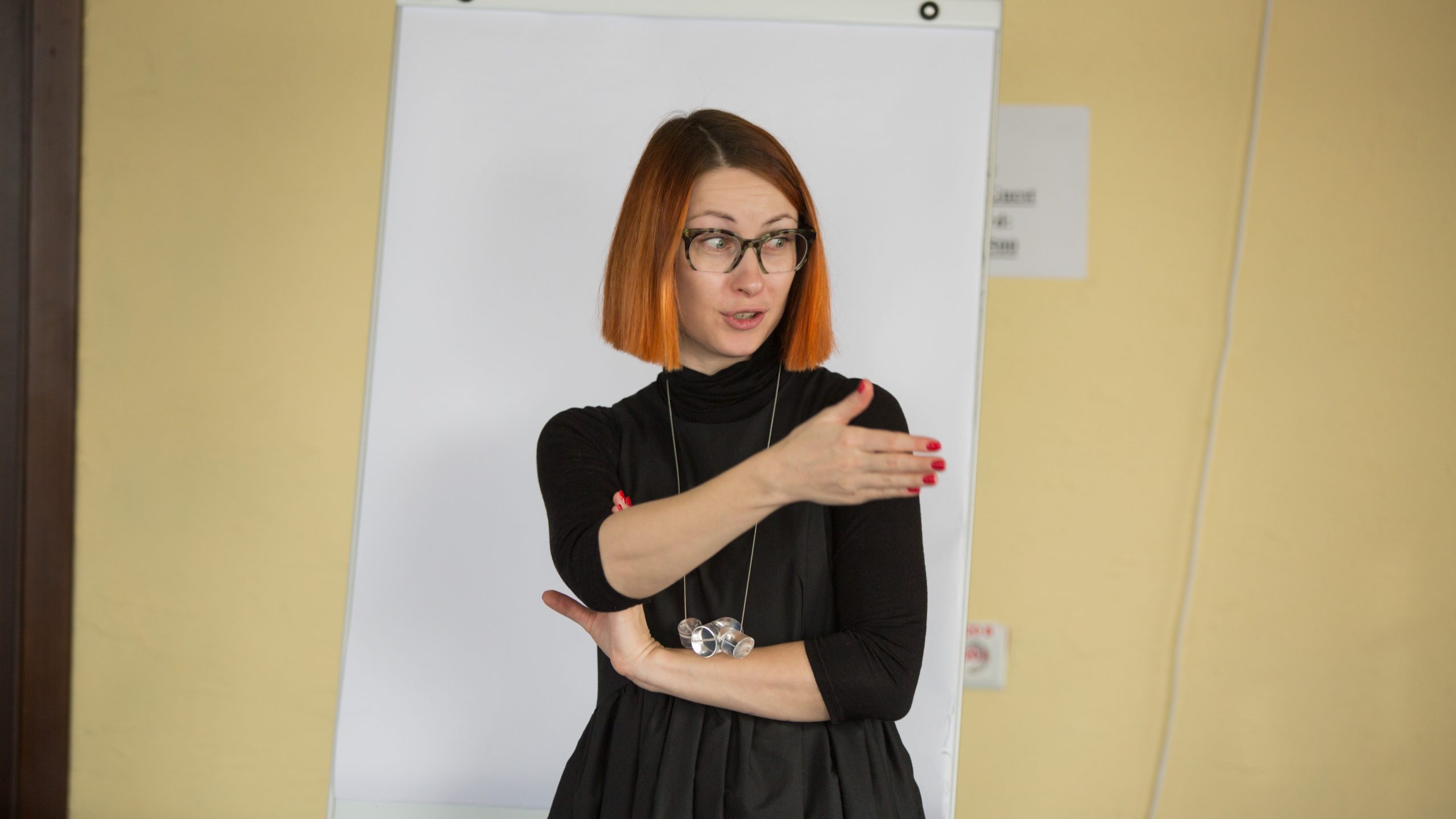 Since 2014, Social Action has cooperated with the LGBTQI advocacy NGO Fulcrum UA to produce the Corporate Equality Index. Inspired by a similar idea from the United States, the index aims to uncover what businesses in Ukraine are doing to fight discrimination against queer people.

“When we started there were only 25 companies who got involved, but this kept growing,” Tania Kasian from Fulcrum UA explains. “We contacted Ukrainian media, we sent out press releases, and did special interviews to get word out about the index.” 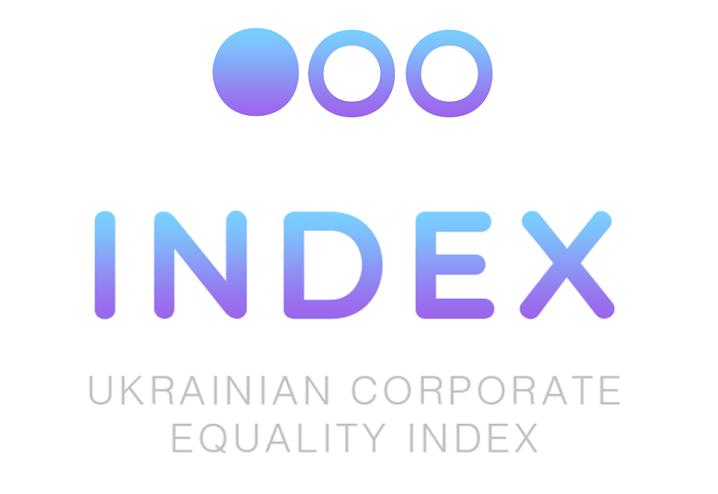 The organisers of the index send out questionnaires to businesses in Ukraine, where they can fill in information about policies they have in place relating to people with disabilities, women and — most importantly for Fulcrum UA — LGBTQI people.

The index founders report similar findings to the organisers of Pride — that smaller businesses were more likely to cooperate than big businesses. This year, they too have focused on adding big names to the index.

“We spoke to one large bank in Ukraine,” says Kasian. “They have lots of policies about gender equality, people with disabilities and ecological issues — but when we asked them to join the index, they said it was just too early for them to talk about LGBT issues.”

“I also asked a friend who works at StarLightMedia (Ukraine’s largest TV broadcaster) and asked her why they were not participating in the index,” Kasian continues. “She said it was fine to support women and people with disabilities, but it was not possible to publicly support LGBTQI people.” Kasian believes this is because of how rampant homophobia still is in Ukraine.

“For the last three years, we have been trying to hunt for big Ukrainian companies and it is very difficult,” Fedorvych from Social Action adds. “It is easier with smaller businesses — they are braver and more open. Bigger companies are scared of being evaluated.” 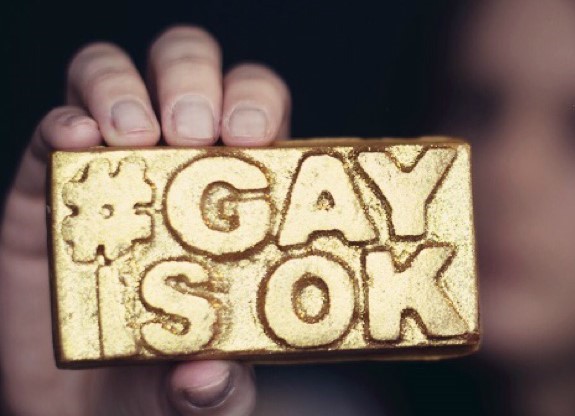 Both Iryna Fedorovych and Tania Kasian agree that foreign businesses, or Ukrainian businesses funded by foreign capital, have featured more prominently on the list and have been more willing to engage. Employers like oil conglomerate Shell, UK agency British Council, multinational professional services Ernst and Young, French retail group Auchan and British cosmetics company Lush have cooperated and performed well since the index was founded.

“We do not ask about sexual orientation when hiring,” Elena Surgai from Lush Ukraine tells me. “We welcome all people regardless of their sexual orientation, race or religion. Diversity helps us to achieve better results.”

Surgai says this is down to global policies that are implemented across the board, regardless of the laws or cultural norms of a specific country.

“One of our first goals with the index was to try to find out if global companies in Ukraine were following the same policies they had in their New York or London offices,” Iryna Fedorovych says. “The brave ones were the ones who were trying to follow their global policies in Ukraine.”

“The global companies are looking good for this year,” she adds.

But tolerance and acceptance of pro-LGBTQI non-Ukrainian businesses is still not widespread. Fedorovych tells me a recent story about a brick being thrown through a window in a Lush shop in Kyiv as protest against a rainbow soap product the company produced. Lush did not confirm whether the story was true.

Ukrainian businesses have been slower to engage with the Corporate Equality Index. Pavlo Boyko is a rare exception — a heterosexual businessman and CEO of a Ukrainian company who openly supports LGBTQI people.

“LGBT people are a huge part of the market and it is absurd not to take into account their interests,” Boyko says. “If you don’t include LGBT people, you don’t get as much profit and ignore a huge sector of the market.”

Boyko says he employs lots of LGBTQI people in his company and is perfectly open about this — a status which Fedorovych says makes him a “unicorn.”

“Evidence shows that in developed countries businesses may support the LGBTQI movement as it brings income to business owners,” Rostyslav Milevskyi from advocacy group Gender Z tells me. “But in Ukraine, businesses support LGBTQI people against public opinion, rather than because of it.”

And even Boyko, who says he employs a number of people who are able to be open about their sexual orientation or gender identity, was unable to find any of his employees who were willing to speak to a foreign journalist.

“People hide their gay orientation, as this clearly harms their careers and lives,” Boyko explains. “(My employees) are open with family and colleagues, but do not want to advertise and communicate with journalists.”

The role of pinkwashing

It is in this context that Ruslana Panukhynk and her colleagues at Pride decided to focus on pushing for support from Ukrainian businesses. This is a country where even in the most LGBTQI-friendly workplaces, employees do not want to go on the record about their identity. It is a place where the biggest multinationals still have to be persuaded to take part in inclusion and diversity initiatives.

For many activists I spoke to, pinkwashing in the sense that it is used in other countries simply does not exist in Ukraine. (Coined by New York Times journalist Sarah Schulman, pinkwashing describes the action by businesses or governments of using queer rights to distract from an unsavory record on other issues.)

“In Ukraine, studies show that whether companies support certain groups is really not very important for customers and staff,” Fedorovych says. “As soon as you get outside of a ‘Kyiv, liberal bubble,’ for most people their salary is more important than anti-discrimination policies in choosing an employer.”

“I believe Ukraine is in need of such businesses, even pinkwashed ones,” he says. “In my opinion it will accelerate social acceptance of LGBT people.”

“At this point, a small amount of visibility and small acknowledgement from big businesses is important,” Pride organizer Ruslana Panukhynk agrees. “Coming out from our activist bubble is important. We have not yet had big businesses at Pride Marches and it is very hard to build communication and support without big businesses.”

Fulcrum UA is currently in the process of collating data for the 2020 Corporate Equality Index, in the year when every business has had to adapt. They believe that this year could be a turning point for anti-discrimination and inclusion policies in Ukraine, but for change to take effect many businesses need to be willing to take a dangerous step.

That’s why many activists hope for a post-pandemic world where a larger number of big businesses will march at Kyiv Pride, and the figure of 10% of people who personally know any LGBTQI people will increase.

Everyone I spoke to was clear: change will be slow — but it is possible.

To learn more about LGBTQI rights and status in Ukraine, please consult the websites of Gender Z, KyivPride and Fulcrum UA.

Scottish freelance journalist based in Germany