“I’m Proud to Be a Friend”: How the Berlin Police Is Fighting Homophobia 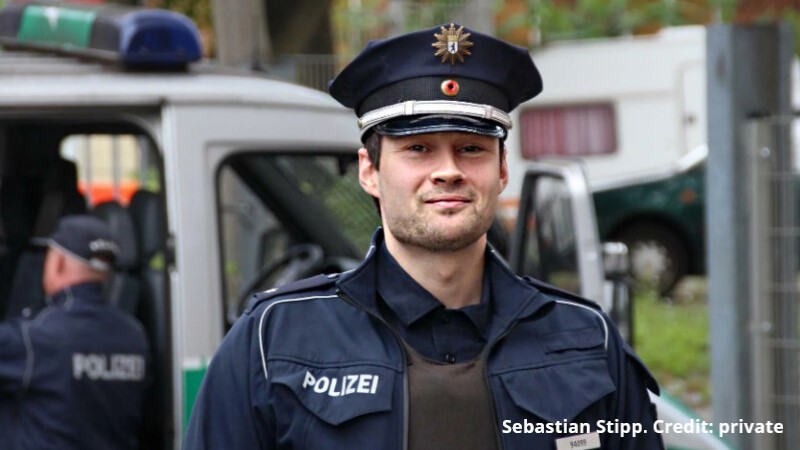 There have been a number of crimes against LGBT people in Ukraine over the past year: they have been tortured, beaten, robbed and intimidated. However, the police did not effectively investigate any of the incidents. In addition, for the most part, law enforcement officers did not even classify the offenses as “hate crimes” – according to the only currently available and applicable Article 161 of the Criminal Code “Violation of Citizens’ Equality”. As a result, Ukraine finds itself in a vicious circle: the absence of articles in the legislation that would clearly state homophobic and transphobic motives allows law enforcement officers to ignore them. Thus, there are no relevant statistics, so Ukrainian politicians do not see LGBT crimes as a serious problem. This, in particular, was one of the main reasons why MPs rejected in 2020 a number of bills aimed at criminalizing hate crimes on the grounds of sexual orientation and gender identity (SOGI).

At the same time, despite the fact that the German legislation on crimes motivated by intolerance is similar to the Ukrainian one, the approach to their handling is significantly different. For 29 years now, the Berlin Police has had a department that deals with the prevention of LGBT offenses, as well as educational work within the police itself. Over the years it has existed, the number of such crimes in the country has been growing statistically. However, according to the department officers, this trend is rather positive, as it indicates an increase in the victims’ trust in the police and the fact that law enforcement officers are becoming more tolerant.

ZMINA spoke to Sebastian Stipp, an LGBT liaison officer of the Berlin Police, about how local police officers fight homophobia. 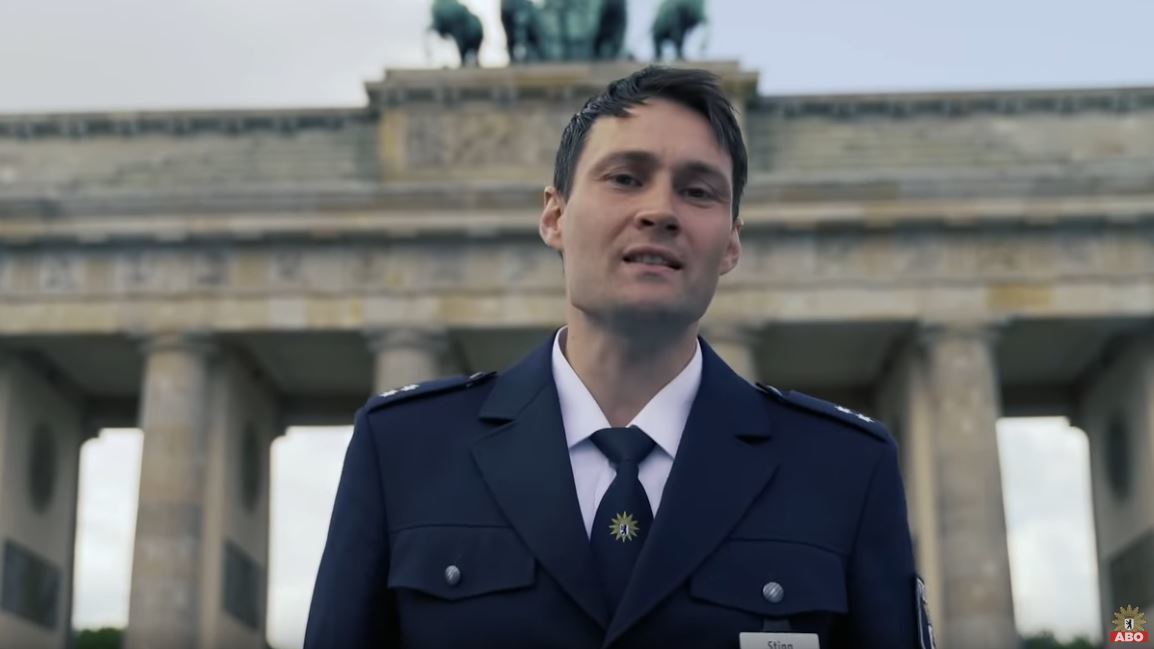 Berlin became the first city in Germany to have a dedicated police department for working with gay people. This happened thanks to the efforts of one police officer back in the early 1990s. At that time, Paragraph 175 of the German Criminal Code, which dates back to the Kaiser’s time, was still in force. Although in a milder form, it did provide for the punishment for sexual intercourse between men until 1994.

“At that time, a certain officer, Heinz Uth, was investigating a large number of thefts that had taken place in one park in Berlin. However, the case was not moving forward: there was not enough information, and few victims had appealed to law enforcement authorities. So this policeman asked himself, ‘Why so?'” says Sebastian Stipp, an LGBT liaison officer of the Berlin Police.

“Uth found the answer: gays met in this park for sexual intercourse. He then began looking for gay people in the police whom the victims could trust, but found no one. Uth addressed the president of the Berlin Police: like, ‘we have a big crime scene and no victims – we need to build trust with the LGBT community.'”

The president of the police agreed with Uth and appointed him the first LGBT liaison officer. The policeman himself had a heterosexual orientation, but many colleagues mocked him for his initiative, and once presented him with a pink phone.

Despite this, Uth achieved considerable success in the investigation: he exposed a youth gang that had been beating and robbing gays in the park. Its members confessed to 50 thefts, although police had received only six reports from the victims.

After that, the first LGBT liaison officer spoke against homophobia in the police and co-founded the Berlin-Brandenburg Lesbian and Gay Police Association. And in 1995, he was awarded for his success in this field with the Federal Cross of Merit.

“Uth was a very brave man. He initiated the transformation of the German police, which was then paramilitary and undemocratic, into a more open one. I’m proud to be able to continue his work,” says Stipp, who, along with his colleague Anne von Knoblauch, holds the position of an LGBT liaison officer started by Uth.

Over 29 years, she has become kind of a role model for the whole of Germany. Apart from Berlin, however, such officers operate on a permanent basis only in Hamburg and Schleswig-Holstein. A number of other LGBT counselors are also partially employed in other law enforcement agencies in sixteen federal states of Germany.

“We aim to build trust with the community, to show that the police have changed and become more sensitive, LGBT-friendly. Our slogan is ‘I’m proud to be a friend,'” explains Stipp.

In order to be closer to LGBT people, as our interviewee says, the police have long been working closely with a network of dedicated organizations in the city.

This work is carried out in two directions. First, according to Stipp, human rights defenders are involved in training courses for the police:

“We inform about issues relevant to the LGBT community, about transgender issues and intersexuality; we explain, for example, how to avoid misgendering when communicating with victims. In our work we are guided by the principle ‘learn as you go’; we give examples of different situations and ask how the police would act in them.” 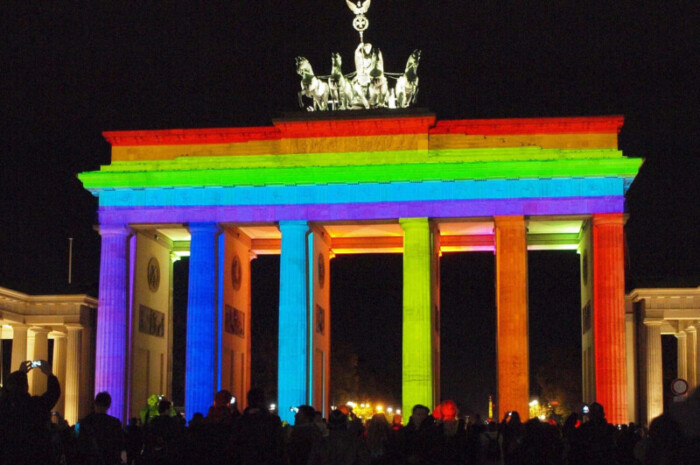 “On the one hand, we refer to them those who need help. Specialists communicate with victims, helping them to overcome stress and traumatic experiences. On the other hand, representatives of these organizations report homophobic crimes that have become known to them, and also persuade victims to file a report with the police,” says Stipp.

The latter is important, the officer notes, because victims of crimes still do not always turn to law enforcement.

“This is happening, in particular, because they’re afraid of revenge, of the further meeting with the attacker in court. In some cases, the investigation takes a long time, and the victims want to leave the incident behind, to protect themselves from re-traumatization. We understand them, but it negatively affects the picture as a whole.”

Sometimes, due to the passive participation of the victims, the proceedings are closed. However, Stipp assures that this is also the police’s job – to motivate the victims not to be afraid and to encourage them to help the investigation.

“We try to explain to the victims: they can help the whole community if they report crimes, and without their participation we will not achieve change in society.”

Stipp emphasizes that an LGBT liaison officer’s scope of activity consists of prevention and education. And in 2010-2012, a special unit was set up in the Berlin Police to investigate homophobic and transphobic crimes.

“We contact them if we get to know about such a crime first, give them a report after communicating with the victim, and then they’re the ones who carry out the investigation.” In addition, any police officer who encounters an offense on the grounds of SOGI must contact Stipp or his colleague.

The German Criminal Code, like the Ukrainian one, does not specifically state such a motive for committing a crime as “sexual orientation and gender identity.” Instead, the document contains an article on the punishment of offenses committed on the grounds of racial intolerance and crimes against humanity, for which there is also aggravated punishment.

According to Stipp, this article serves as a kind of hint for police officers on how to make hate crimes more obvious.

Therefore, the main thing is to teach law enforcement officers to identify and prove the motive, the officer claims, so that the judges could rely on the facts collected by them, and the sentence would contain the mentioned article in addition to the main one.

For this reason, special training is conducted among law enforcement officers in Berlin. Every police officer must pass it.

“We teach colleagues how to gather information in the course of an investigation that would indicate that the crime was based on intolerance towards the LGBT community.”

In their work, German law enforcement officers use the definition of a hate crime from the Federal Criminal Police. Thus, it says that it is a crime committed on the grounds of some kind of bias; in particular, it mentions sexual orientation and gender identity.

“That is, the attacker knows or is sure that the victim belongs to the LGBT community,” explains Stipp.

At the same time, he emphasizes that while working “in the field”, the police officer may not remember this definition. Instead, in order to understand whether there was a motive, law enforcement officers are taught to ask the victim about what happened.

“In all situations, it’s necessary to find out from the victim whether, in their opinion, they were attacked because they belong to the LGBT community. Even if there’s doubt in the victim’s words, we still have to listen. We’ll subsequently verify this information throughout the investigation.” 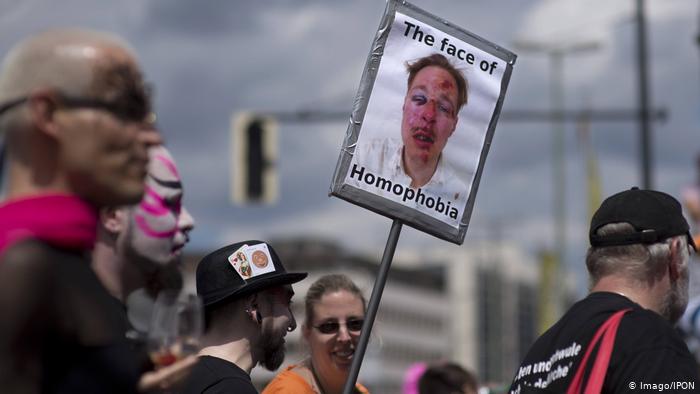 When asked whether the article on crimes against humanity is enough to combat homophobia, Stipp says that it would be enough if there were enough opportunities to train every police officer in Germany.

“It takes a lot of resources to train all police officers in Germany to deal with LGBT hate crimes. It wouldn’t hurt if the Criminal Code clearly spelled out the definitions and characteristics of such offenses. Then, even if we didn’t train the police, they would detect such crimes,” reflects the LGBT liaison officer.

However, in his opinion, the work that is happening in the field of counteraction now has a significant result.

Paradoxically, the growing number of registered homophobic and transphobic crimes in Germany over the past few years supports this fact.

“Police officers have become more sensitive, they can identify motives and have more trust from LGBT victims. We can say that the increase in such crimes in the law enforcement statistics is proof of our success,” assures Stipp.

Thus, out of the offenses that took place in the German capital, 93 cases involved violent crimes. So far, law enforcement officers have solved almost half of them. The majority of incidents (246) were homophobic and transphobic insults, etc. Five more are crimes related to Nazi propaganda and homophobia. For example, this includes words such as “F*ggots, you belong in concentration camps” written across a storefront or a swastika painted at the entrance to an LGBT center.

Who commits homophobic crimes in Germany

Men aged from 18 to 35 are most likely to attack LGBT people in Germany. Stipp describes the portrait of a typical offender as follows: these are ostentatiously masculine men, some of them being former refugees, who have socialized in a society where the attitude towards LGBT people is different from the one in Germany.

There are also people with far-right views among the attackers. However, the police officer notes that they are not the majority.

“Currently, the Internet is a huge field for crime, in particular for them. Right-wing radicals spread calls for violence in their chat rooms and various social networks, they leak people’s personal data. Their statements border on committing a crime, but they know how not to cross the line. Nevertheless, such resources are closely monitored by law enforcement. This is one of the challenges the police are facing now.”

Homophobia persists even among some German law enforcement officers, Stipp concludes. However, he appreciates the efforts aimed to make the police better.

“It’s very important that society trusts the police, and at the same time understands that its most important task is to protect everyone. If people see that we’re protecting minorities and trying to build trust with them, everyone will be able to trust us. My task is to make this idea clear within the police as well.”