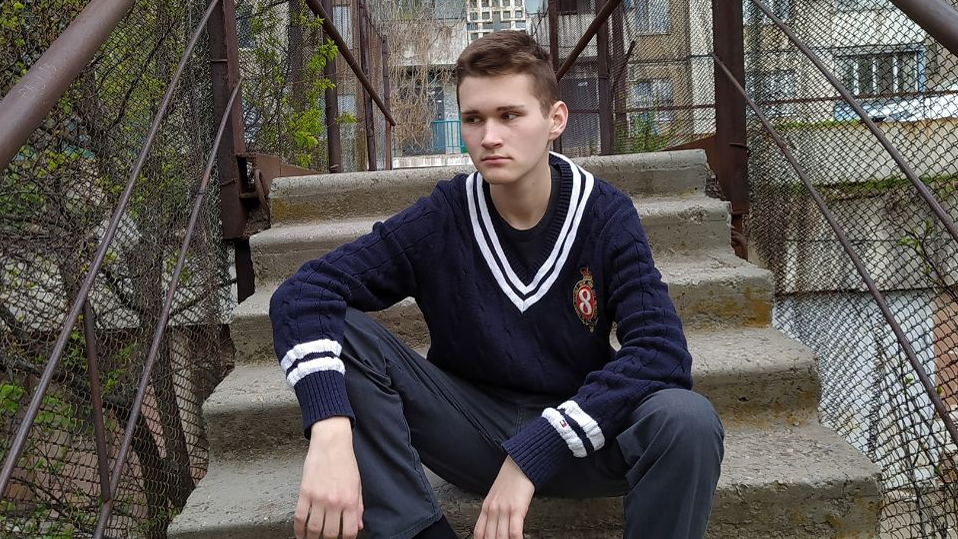 Less information finds its way out from the occupied areas in the Donbas region. Armed paramilitary forces control everyday life in the regions around Luhansk and Donetsk. Minorities, such as LGBTQ people, suffer from this situation.

When Kyrylo Samozdra describes the situation of LGBTQ people in Luhansk, he talks about secret online chats and relationships only close friends know about. Living underground is the case for many of them. 19-year-old Kyrylo had been part of the LGBTQ community in Luhansk and had lived there until the summer of 2020, when he fled to Kyiv.

“Mainly we got in contact on social networks using anonymous accounts, that means without profile photos or real names,” he says. “There we arranged to meet at places, such as parks.”

Since he became a teenager, he has tried to get in touch with non-heterosexual people, because he also felt somehow different. He realised it when his mother gave him a sex education book.

“Most parts of it described sex between men and women and how to prevent conception,” Kyrylo says. “I did not know much about sexuality then. But I understood that the content of this book had nothing to do with me. It did not interest me.”

Later he tried to have sex with girls.

“It was not cool to be a virgin. But I felt from the very beginning that I do not like it. I just did it, because other people expected me to do so.”

For a long time he was not sure about his sexual identity, if he was hetero-, homo- or bisexual. One day he read about asexuality on the internet, about absence of interest in sexual activity.

“I began to look for similar people. I was surprised when I found out that there were five other asexuals of my age living within a radius of a kilometre from my flat.” He thinks he was lucky to find them so quickly. “It is not possible to show yourself openly and that is why other people cannot become aware of who they are.”

For LGBTQ people in Luhansk, it is nearly impossible to act out their sexual orientation. The city of 400,000 inhabitants is a place where people with different opinions and needs try not to attract any attention. Since 2014 the city and other parts of Eastern Ukraine have been under control of Pro-Russian separatists. With economical and military support of Russia they set up an authoritarian regime suppressing sexual minorities. There is a law which bans spreading information about homosexuality among minors. People can get fined more than 10,000 Russian Rubles or even sentenced to 15 days in prison, Kyrylo says. 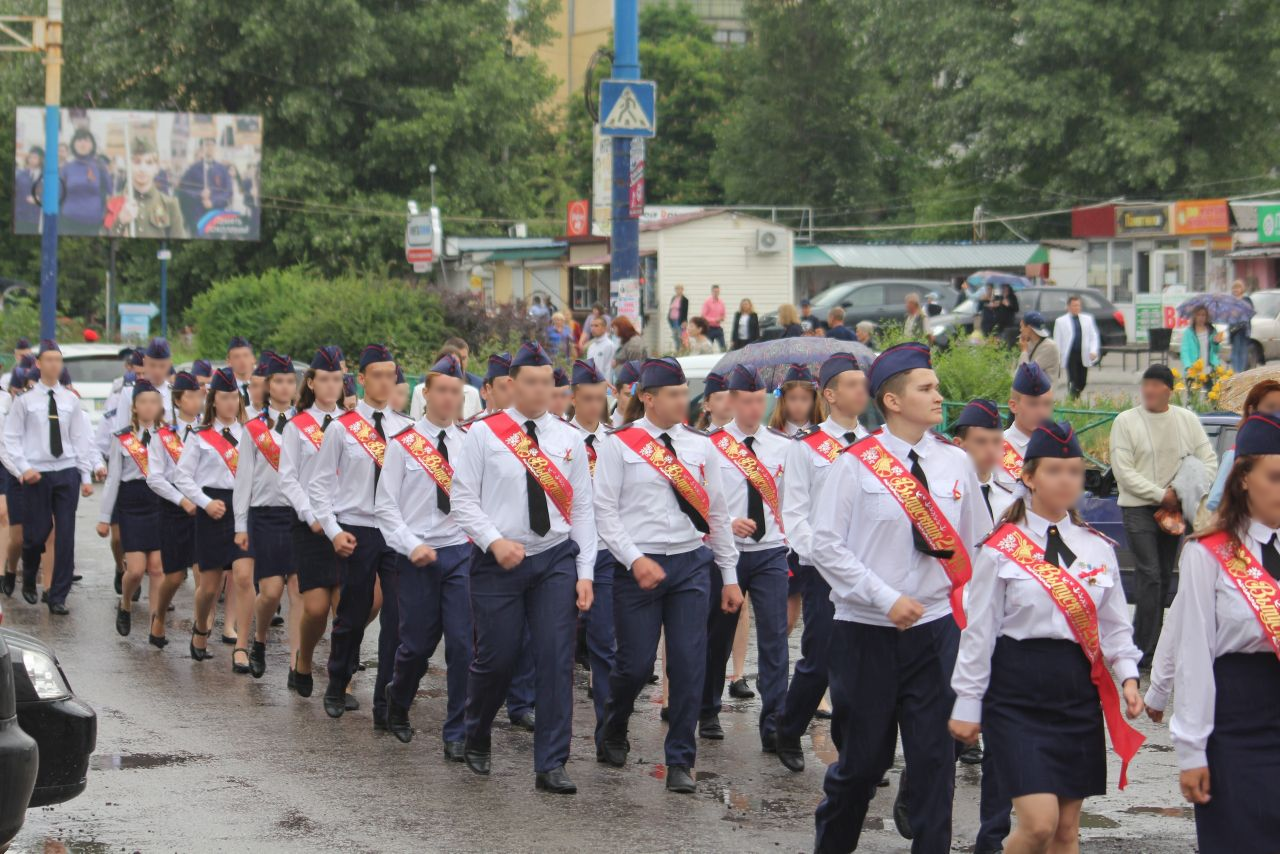 Kyrylo at his school-leaving ceremony in 2019. Credit: private

But in the self-proclaimed People’s Republic of Luhansk the laws present less of a problem than arbitrariness of armed groups, Andrii Kravchuk from Ukrainian NGO Nash Mir explains. A wild mixture of cossack units, militias, volunteer battalions and others are in charge.

“There is a legal vacuum,” Kravchuk says. “You cannot rely on any laws. Men with rifles make decisions for you. Everything depends on the person who stands in front of you.”

Kravchuk compares the life of LGBTQ people nowadays to the time after the collapse of the Soviet Union.

“We had a situation like that 25 years ago. When there was no direct prosecution like in the Soviet Union, but people were not liberal enough.”

Getting involved in activism

After Kyrylo became aware of his asexuality, he began to get involved in LGBTQ activism. He read about the KyivPride organisation on the internet. He wanted to tell people in Ukraine about the situation of the LGBTQ community in Luhansk. That is why he started to collect information about their life in occupied territories until he became a target of security forces. 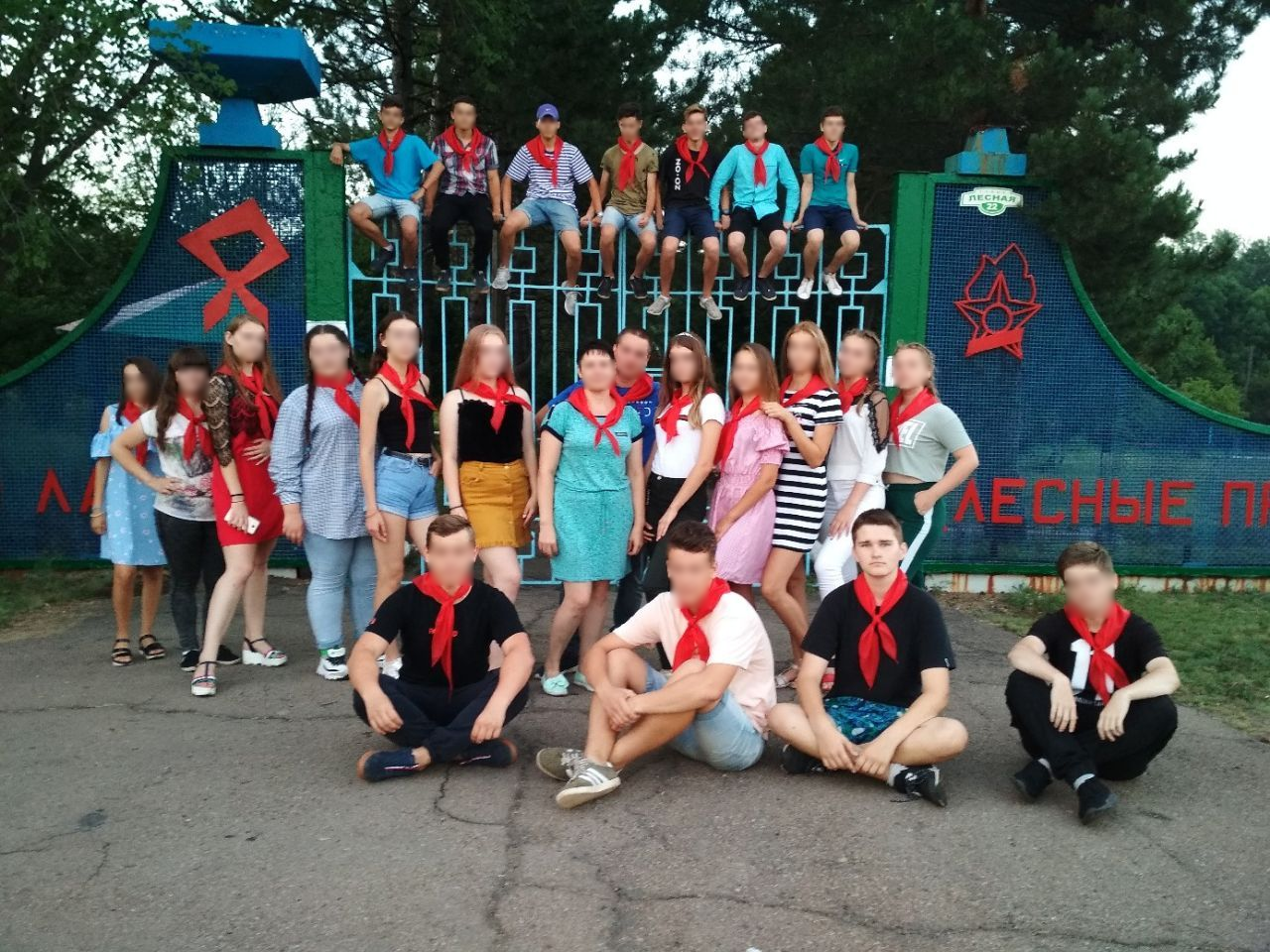 One day he accompanied a friend who sells second hand clothes. A girl ordered a shirt from him online and they agreed to meet at a supermarket. But instead of the girl two men waited for them; they got out of a car with a Russian number plate.

Questioning at the police station

“They quickly showed us their IDs, so that we could not see who they were,” Kyrylo explains the situation.

The men demanded that they go with them to the police station. One of the second hand sellers had robbed somebody, and Kyrylo and his friend were under suspicion, the men claimed. When they arrived at the station, they saw other security forces in green uniforms armed with rifles. Kyrylo was taken to a questioning room.

“They demanded that I hand over my phone and unlock it,” Kyrylo says. “When I answered that they did not have the right to do so, they began to threaten me. We could lock you up because of drug dealing, they said.”

Kyrylo gave them his phone. Days before he had deleted data such as messages which could show his activities for the KyivPride organisation. In Luhansk membership in Ukrainian organisations is associated with extremism and terrorism.

“They went through my contacts and asked about those people. They wanted my passwords for social network accounts. Then they wanted to know my position on Ukraine and if I had anything to do with gays.”

Kyrylo and his friend got released after the questioning gave no result. But not without another threat:

“We have all your data, they said. If we need more information, we will come back to you and you will help us in our work.”

Getting away without consequences for that moment, Kyrylo knew that the men found something out about him, and they would not leave him alone.

“I was sure that they could read my messages,” he says. “I changed my SIM cards and deleted my social network accounts.”

He went underground, hid at a friend’s place and decided to leave Luhansk and move to Kyiv.

One month later he stood at the checkpoint to the territory controlled by Kyiv government. He worried that his name would be on a list because of the questioning. But everything went well and Kyrylo could pass the so-called contact line.

With little money and having just the most necessary things in his baggage, he arrived in Kyiv. The only contacts he had there were members of the KyivPride team. They helped him to find accommodation. Since September he has studied sociology at a prestigious university in Kyiv. He shares a dorm room with four other students. Thanks to his job in Email marketing he can afford to live in Kyiv.

Kyrylo continues LGBTQ activism. In Kyiv it is possible to do that more openly, although there is still little acceptance for the demands of the LGBTQ community and even attacks, especially from right-wing extremist groups. When Kyrylo posted a photo of his LGBTQ flag on Facebook, he got a lot of hate mails and threats. After some of those people found out where he lives, he got attacked on the street by two unknown men. One of them beat him in the face.

Nevertheless he and other LGBTQ people can live more openly here than in Luhansk. Since 2013, a Pride march has taken place in Kyiv every year. LGBTQ people face heavy protests of right-wing and religious groups. That is why Pride needs to be protected strongly by the police. But since the first march in Kyiv more and more Prides have appeared in the whole country. According to the KyivPride organisation, there are similar events in seven other cities. So LGBTQ people have become more visible in the last years. 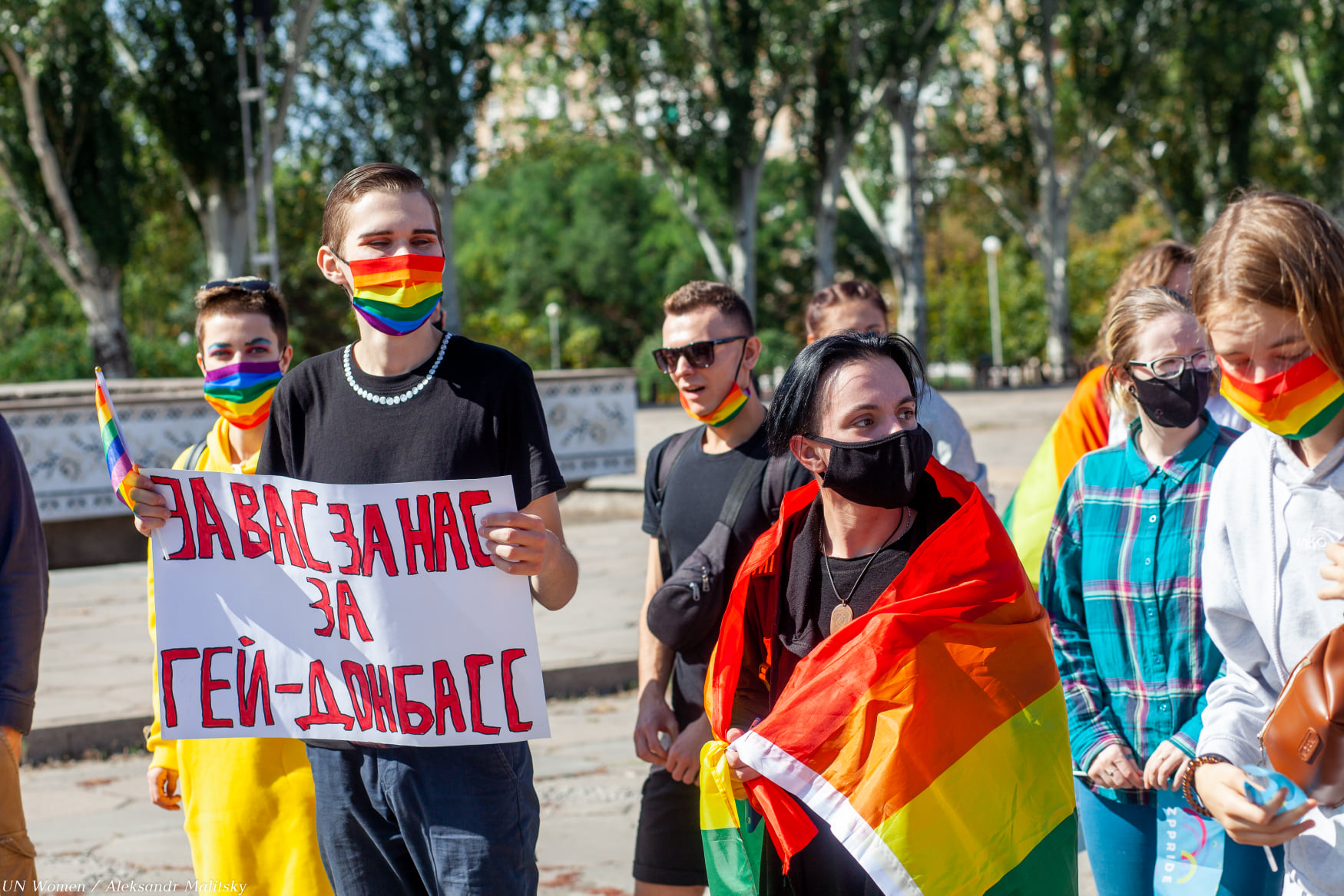 In Luhansk the situation is very different, Kyrylo knows. He does not think there will be any changes in the near future.

“My home turned into a prison,” he says. “People adapted to the situation and do not believe in changes. If they do not like something, they will sit in the kitchen and talk about it secretly.”

He misses his relatives and friends since he is in contact only with a few of them. Most will not answer on messengers, he says. Maybe because they are afraid to have any connection with him, maybe because they reject his activism. He does not know it exactly. But one thing he is sure about: as long as Luhansk is in the hands of the separatists, he cannot return to his home.