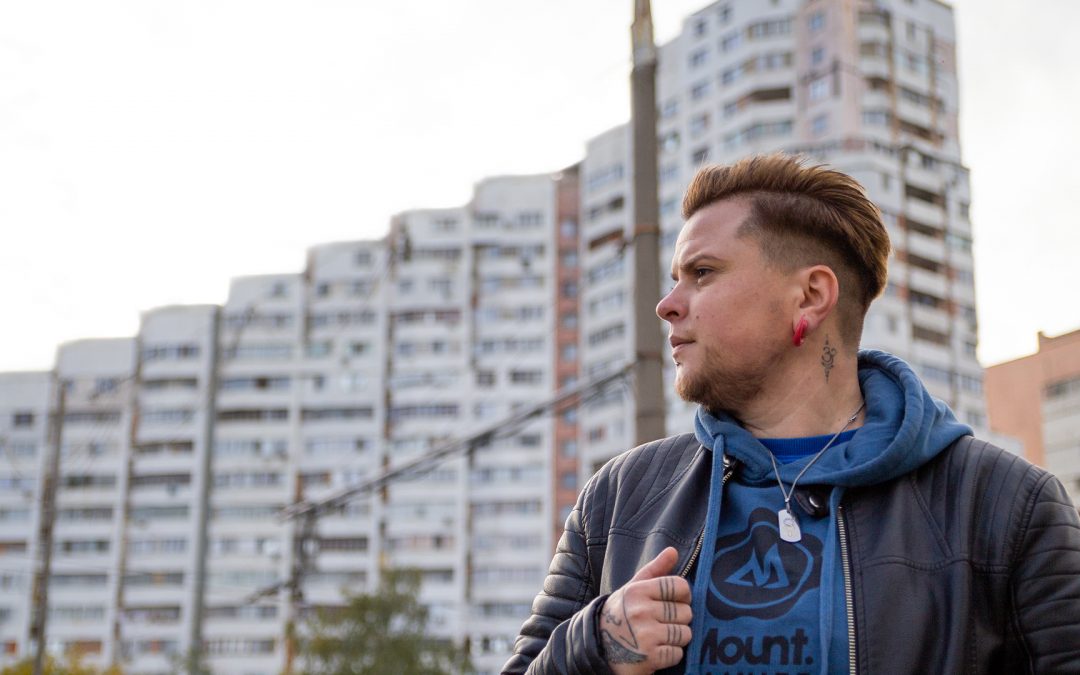 “What a beautiful autumn”, Doy says, watching the golden leaves that fall peacefully on the streets of Chisinau. I met Doy a few years ago as a photographer of some of the events organised by the Informational Centre GENDERDOC-M. I was hoping to discuss with her about how safe Chisinau is, but we had such a soulful conversation about the challenges she meets daily.

I have accepted that there’s Doy

“My name is Doina, but I prefer to be called Doy. I’m not sure why, but everyone is asking me how do I identify myself. There’s no chosen word that would describe me, but, lately, I see myself as a non-binary person, but you can address me as ‘her’”, Doy says. Photography is a great and special passion of hers: “I have this chance to steal a few seconds from people’s lives and transform them into memories.” Doy is a photographer for the LGBTQIA+ community for quite some time and mentioned that she would not feel comfortable, even free, if a person outside the community photographed her during an event: “There’s also the portrait photography that I enjoy a lot – capturing the emotions, the most sensitive side of people, since not everyone is capable of showing their true selves.”

Doy suffers from Polycystic ovary syndrome (PCOS), discovered in her teenage years. One of the symptoms is the excess of facial hair. “I said that I preferred to be called Doy, because there’s a beard on my face and when walking outside someone called me by my name, people would stare bewildered, saying that there was no relation between my name and my face”, Doy says. There are only three people that photographed Doy since she has started her experience of acceptance – with them, Doy feels free, knowing that they have no harmful intentions: “I encourage everyone that wants to take a picture with me or of me to just ask beforehand.”

Doy is now involved in the process of documentary film creation – a personal story that she pitched in the framework of the third edition of the filmmaking workshop, organised by Queer Voices International Film Festival. It’s going to be a story about her and PCOS – symptoms, challenges, acceptance. “At the beginning, I wanted to talk in the name of all of the women that suffer from that, but every woman goes differently through the emotions and the stress of PCOS. So, that’s why you’ll see there more about my experience”, Doy tells. “I want people to understand it and to stop judging me just because I have some hair on my face. The reality hits me every day – what’s the point of accepting myself the way I am now, and I am crazy about the way I look, but when I step outside, people don’t understand me”, Doy adds, speaking that this fear consumes her immensely. “I’ve chosen to take this road and I am ready for the blows – there’s no reason for me to hide the PCOS symptoms, as they are a part of me, of my personality.” The film will ready in 2022.

Doy notices the same symptoms in other women, especially in some that live in villages, but she thinks that city women are constantly pressured into looking in a certain way, while, in rural areas, they feel comfortable in their own bodies and ignore unnecessary comments. “It’s as the city has a set of rules on how one should look in order to feel safe. I’m lucky to wear a mask now, during the pandemic, but I used to shave my beard every morning to meet the society’s standards”, Doy says, adding that it was a psychological trauma to wake up every morning to go through the same procedure. “The razor blade was with me wherever I was going. If I was with a bigger group of people, I would wake up at six a.m., to close myself in the bathroom so I could peacefully prepare for the day, so that people don’t see my issues”, Doy tells. The pandemic gave her the space of acceptance, or else she would have done the same procedure for an indefinite period of time. 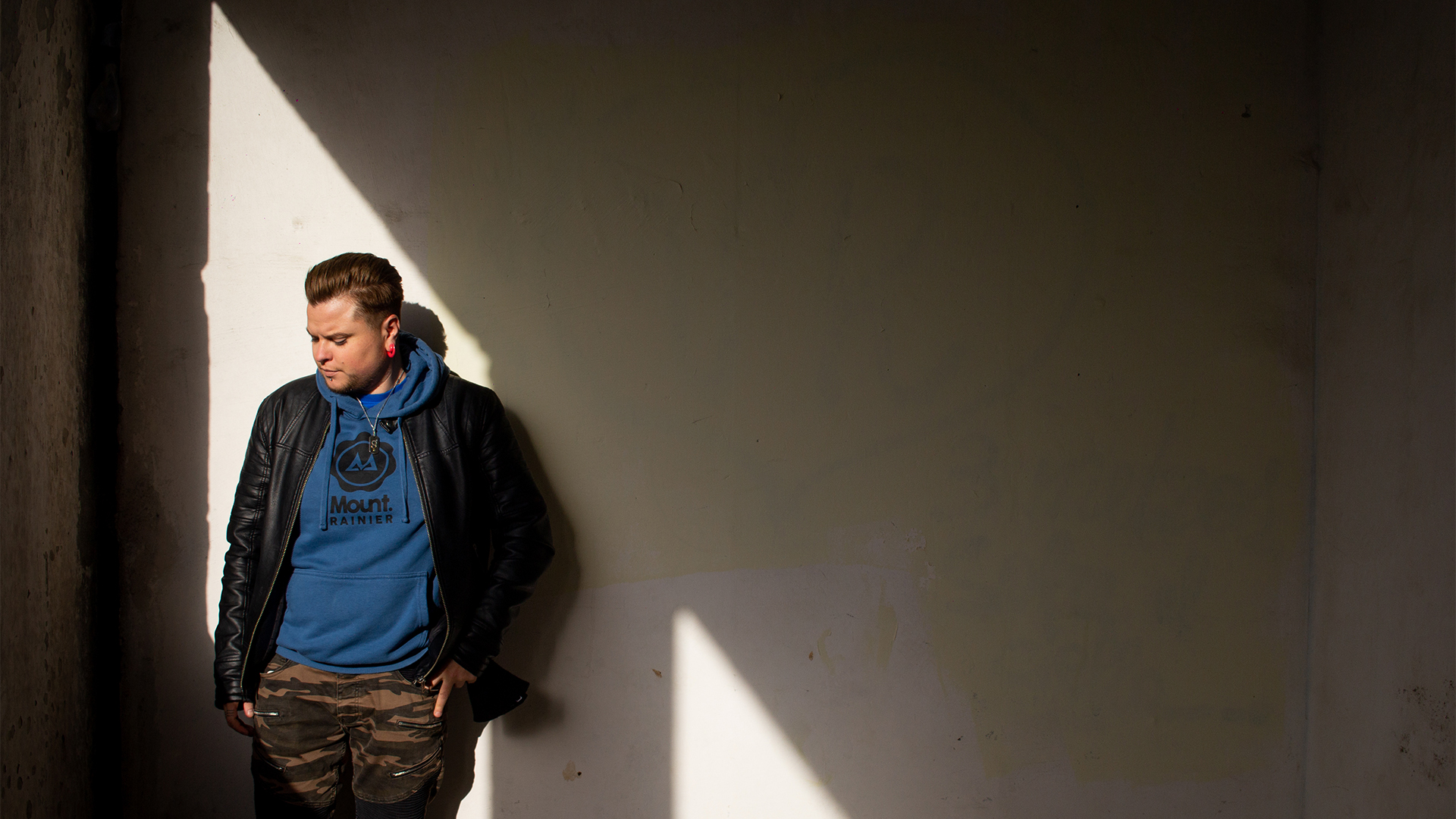 “Chisinau does not feel safe. For me, at least. The Capital, especially during the night, becomes a dangerous space for me”, Doy tells. She used to live in European cities – from Romania, Italy, Germany, – where she felt much better than here: “I wanted to get back home to have a contact with my parents – for the last 16 years, I’ve been visiting them at their grave, discussing with them, crying with them. I truly feel embraced”. Doy recalls not going through aggressive situations but, honestly speaking, she avoids them at all cost. “Sometimes, there’s a man that would approach me and ask for a cigarette ‘Hey, bro. Give me a cig!’ and then would react negatively when seeing that I am a woman and, in moments like these, I immediately retreat from the conversation, as I could not foresee his behaviour and I want no verbal conflicts”, Doy tells. “Back in 2014, after getting back to Moldova after many years spent abroad, Chisinau felt extremely dangerous – I encountered verbal aggression, men would yell at me from afar, would swear at me; in shops, they would whisper behind my back and would throw bizarre looks. I was panicking – wasn’t I looking presentable enough for them? People still look at me like that.”

There are some places that she adores in Chisinau. The safest space is the Botanica sector, where people know her – OK, maybe not that well, because she’s used to wearing a mask now, but when she goes out, even during the night, she never encountered cases of harassment or pressure. “Maybe, people leave me alone because I have a more masculine look, an image that, I suppose, protects me”, she adds. She likes the parks of Botanical Garden and Valley of Roses – beautiful, green places that she dearly visits: “The buildings shut me down, as if there’s no air to breath. The green spaces give you that positive energy, change your states of mind, gets you rid of the urban stress, of the traffic jams, of people.” A more unsafe sector for Doy is Ciocana – not only for its reputation that started to change for the better lately, but her relatives still tell her about newer cases of aggression that happen there and Ciocana remains as one of the questionable, maybe even dangerous zones for Doy: “I don’t avoid it completely, but if there’s a place in the Capital that has a potential danger, I won’t visit it anytime soon.” Doy adds that even in her favourite places, the green ones, many weird things can happened because of the difference in mentality, of prejudices.

“I don’t like at all the bus stations. There are so many drivers that address to me as ‘Hey boy, wanna go to Balti? Oh, you’re a girl’. I just don’t like these places, because when I am at a bus station, I know where I want to go, I know the driver. I don’t like people that don’t respect my boundaries with their questions”, Doy says. It’s the same with her friends and acquaintances: “A person I know that has questions for me is different from a new, curious person, that I don’t even know how to approach. So, it depends on that person’s behaviour and energy if I can trust them or not.” When Doy was little, the doctors have discovered her hearing impairment – this experience allows her body to be more sensitive and catch people’s vibrations and energy. And from the cars, too, especially if she wants to feel safer when crossing the road.

Even though the members of the LGBTQIA+ community find spaces where they feel comfortable, the risks of verbal abuse is always there. “I wish Chisinau became a safer place for me, for my friends from the community, for each and every person”, Doy finalises.