Quarteera for Anton. Conflicts of interest within the Russian-speaking organization 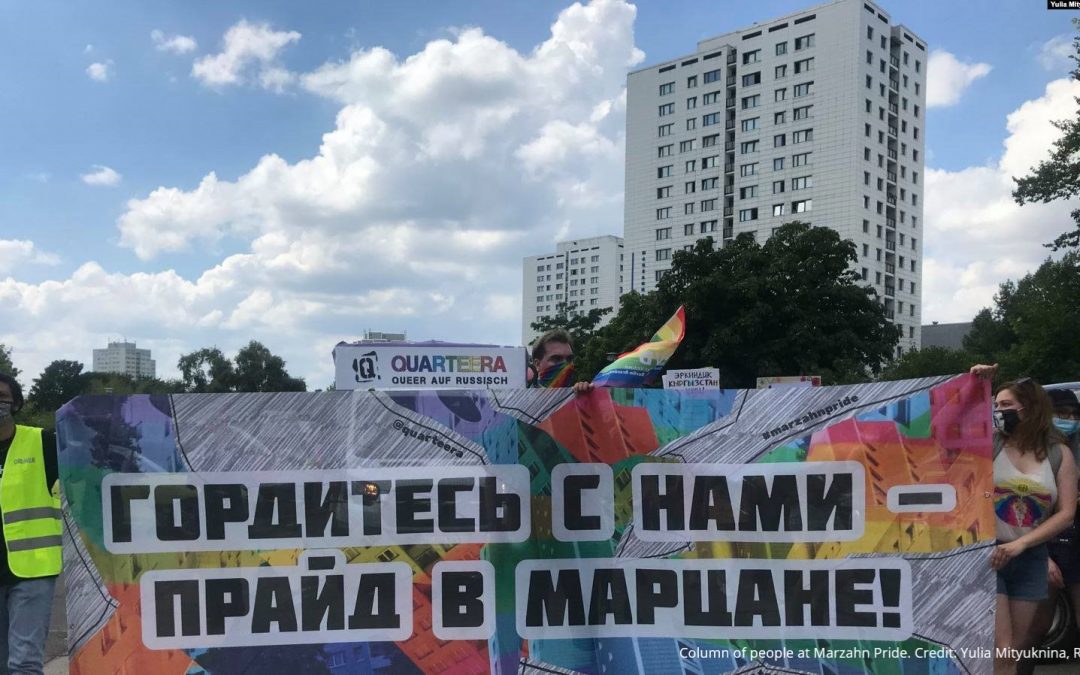 Activist from Ukraine among Russian-speaking LGBT people in Germany: “Perhaps other countries in the post-Soviet space aren’t developing so rapidly”

Anton Dorokh, an activist from Ukraine, talked about the double discrimination of LGBT refugees in Germany and the conflicts of interest within the Russian-speaking organization Quarteera in Berlin.

The NGO Quarteera in Berlin carries out social, cultural and educational projects against homophobia and transphobia. Among the main goals of the organization are to overcome discrimination against Russian-speaking migrants in Germany and to cooperate with LGBT organizations in the successor states of the former USSR. Quarteera together with German LGBT organizations has repeatedly organized various demonstrations and rallies in support of LGBT rights in Russia and other post-Soviet countries. The organization plans to create a professional counseling service with professional psychological and legal assistance.

This year, Quarteera activists organized the first Pride in the Marzahn-Hellersdorf borough in the northeast of Berlin. Approximately 30,000 Russian-speaking Berliners live in Marzahn, whose overall population is almost 270,000 people. Pride participants declared their identity and support. Even though the number of Quarteera members from Russia prevails, the organization also has people from Central Asia and Ukraine.

“It’s not normal if you can’t find housing, friends and work”

When the occupation of Ukrainian Donetsk began, Anton was finishing university, directing plays in the student theater, working as a journalist for a local newspaper and filming videos at the same time. The boy was invited to Germany by a company that was looking for journalists with video recording skills. First, Anton finished his probation, then the company invited him to work on a permanent basis. So in October 2014, the guy finally moved to Berlin. He had been working in the newsroom and doing post-production for three years. Anton was one of those who, according to his own words, was lucky enough to move to Berlin without any problems.

It took a lot of effort for Anton’s girlfriend to try and move to Germany, which in the end never happened. The young man had a German work visa, so the couple got married and started “family reunification”. They were expecting that the company will hire her, but it didn’t happen. The next obstacles included an apostille of the Ministry of Foreign Affairs, instead of the Ministry of Justice, and an expired certificate from the Goethe Institute. Since 2017, the couple has had an open relationship, and each of them lives their own life. 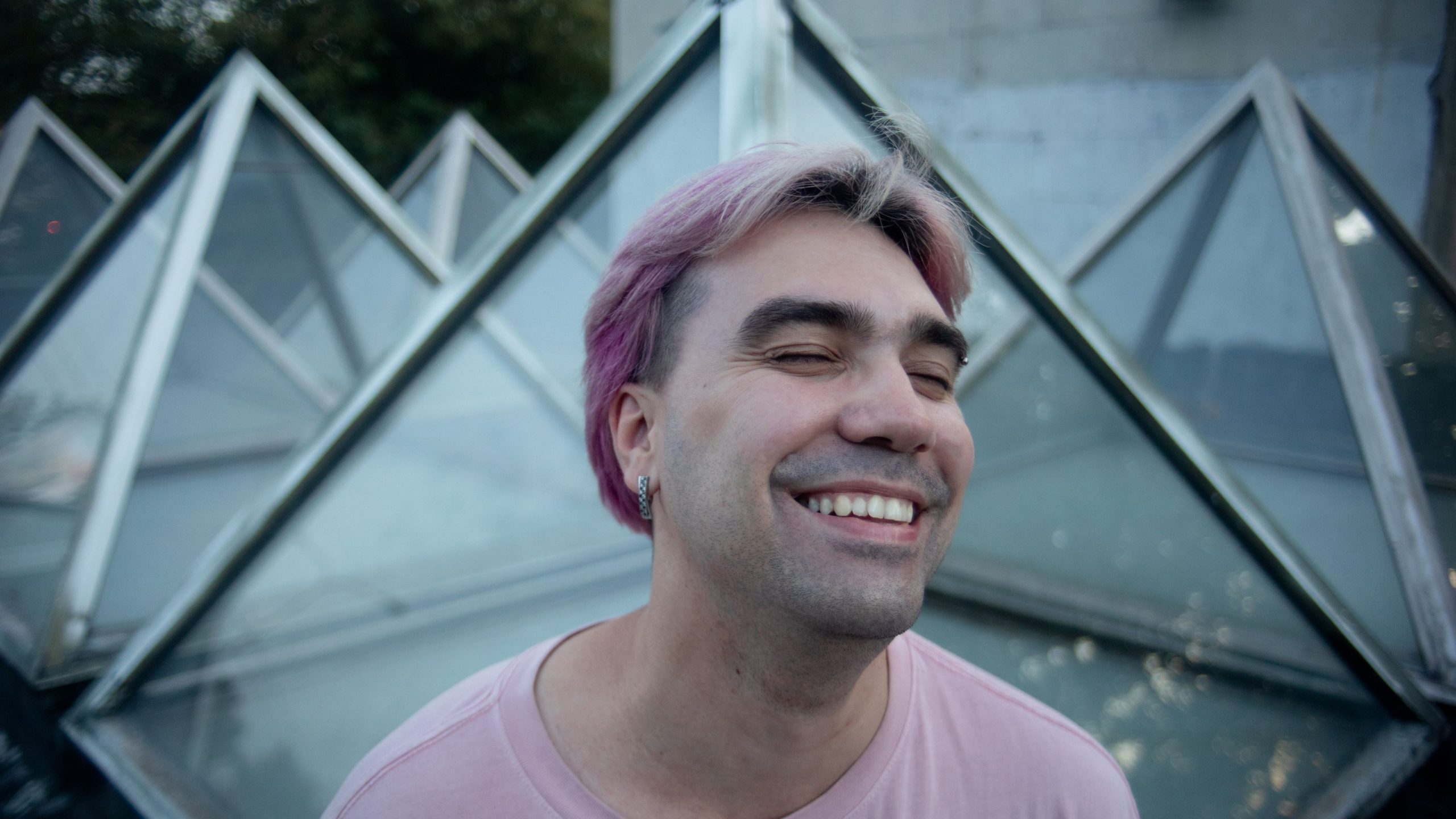 “In this situation, I began to notice the amount of discrimination here (in Germany). Almost all people with migration and racism experience face discrimination in the housing market. Discrimination in the labor market makes it much harder for them to find work. The lion’s share of time and effort goes to the study of language and culture, as well as the organization of minimal domestic comfort. All migrants, regardless of their sexual or gender identity, face such restrictions of rights. At first it seems normal when you can’t find housing, friends, work. Then I realized: it’s not normal that a person can’t just move to another country. When I started to research this, I became an activist.”

Donetsk 2014, Quarteera and rethinking your own sexuality

Any military coups awaken public consciousness. Since 2014, according to Anton, Ukraine has made much better progress in the development of democratic institutions than Russia. The young man came to activism in Quarteera partly because he felt how it works during the war in Ukraine. In the post-Soviet space, there is a clear demarcation of borders, and the political position of one country towards another country is just as clear. Anton says that everyone in Quarteera understands that boundaries are outdated concepts. But because of the Russian language, Quarteera is often perceived as an exclusively Russian LGBT community in Berlin. Anton realized that when you are Ukrainian and come to an LGBT organization where everyone is mostly from Russia, Ukrainian identity begins to dissolve or equate with Russian.

“When I tell non-Russian-speaking people that I am from Donetsk, I get more empathy. They immediately ask how my family is or something. When I talk to Russian-speaking people, I face a kind of reticence. Maybe they feel ashamed that their country’s government is doing this. Maybe they don’t want to dwell on the topic, because it is already so ingrained in Russian propaganda. Maybe they don’t even know what kind of city it is.”

Last year, Anton joined the Quarteera column at Berlin Pride. Later, the guy felt the urge to help the organization creatively by redesigning their banner and website. And later, on Quarteera’s open day, Anton met activists of Russian-speaking LGBT community in Berlin.

“I didn’t know what bisexuality was. And also understood little about gender. I was very ashamed to touch guys, or to show an adequate attitude in general. Eradicating internal homophobia changed my attitude towards my own sexuality, because I was given freedom. My sexuality is so small and my freedom is so great.”

Over the last year, the Ukrainian government has made no progress in implementing LGBT rights strategies. This is stated in the annual report of the International Association of lesbian, gay, bisexual, trans and intersex people (ILGA). However, a significant achievement is the growing number of LGBT prides held in Ukrainian cities. In Quarteera Anton shares news from Ukraine with his colleagues because it is important to take a broad view and share experience within the organization. According to the majority principle, the agenda of LGBT people in Russia is more closely monitored. In the context of information, there are minorities within the Quarteera community. This makes sense, but reflection on common problems should be based on the principles of equality.

“A lot of people from Quarteera don’t know what’s happening in Ukraine. They don’t know that we have LGBT organizations in every administrative center, that they all started to emerge in recent years. This feels colonial. As long as we have fun together, no one cares who comes from where. Suddenly someone might start saying things that echo the motive of discrimination. This is a moment of verbal insult that the person might not consider as such. Someone might start expressing their political views.” 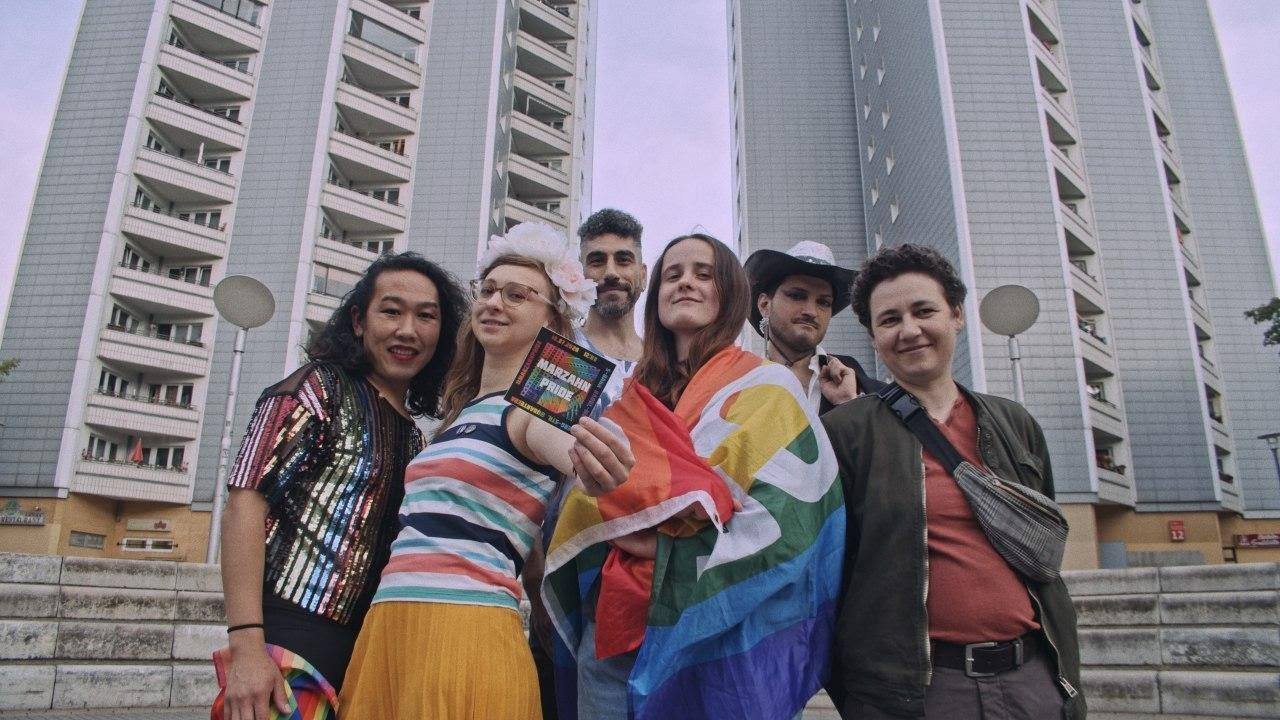 About the low intolerance threshold of Ukrainians

In Ukraine, prides still remain human rights oriented, and equality marches traditionally end in clashes with representatives of right-wing radical organizations. Anton says that his acquaintances in Berlin are surprised when he tells them about open attacks on activists and LGBT centers. Of course, in Germany there are attacks on the grounds of sexual orientation or gender identity, too, but according to Anton, these are isolated covert cases.

“I feel that there’s been a shift after 2014. The threshold of intolerance has become lower in LGBT issues. I don’t want to believe that you need to shed blood for changes. But it’s also about the execution of citizens, which forms a portrait of the nation. We no longer treat old things the old way. Perhaps other countries in the post-Soviet space aren’t developing so rapidly. This is my point of view as a citizen.”

The Ukrainian version of this article can be found at the link.

Beginner journalist. Aiming to use words to encourage actions for the sake of equality of all people