Queer in a straight world 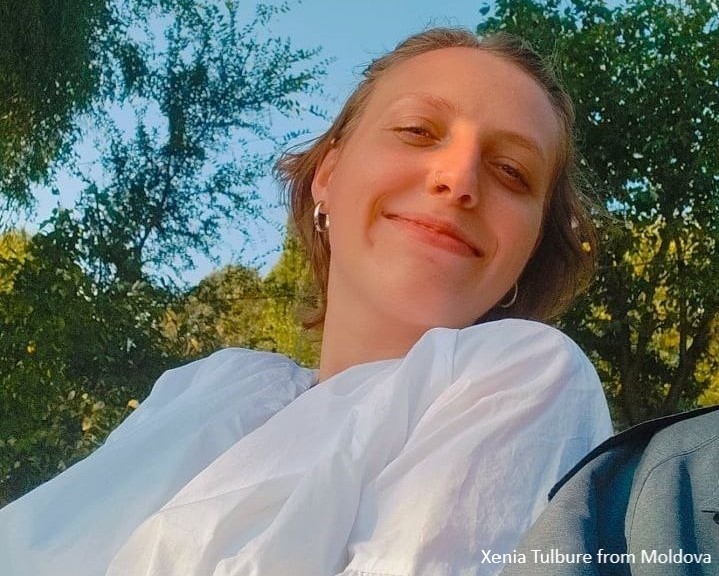 An article about finding one’s own identity as a lesbian woman.

In our society, being straight is the default – and for some people the only option: Even in 2021, 71 countries worldwide criminalize homosexuality. We live in a world in which people debate whether LGBTQIA+ rights should be taught in school because that “might turn all the kids gay”; in which trans people way too often fear for their safety while walking in the streets; in which two loving men are not allowed to marry before god; and in which lesbian couples get fetishized and their relationship scrutinized. So how does one find their own identity while society wants to keep queer people from doing so?

Within the context of the research project Writing for diversity, a young Lesbian spoke about her own journey of discovering her sexuality. She told the participants: “I fell in love with a girl and didn’t know what it was.” She had to educate herself on what she was feeling and the social consequences that entailed. This impulse constitutes the starting point for the following article about the world of lesbian women. In the interview, Xenia Tulbure, a lesbian from Moldova, talks about her own experiences, struggles and successes.

How did you first learn about homosexuality?

Xenia: Absolutely not through society and not through one of my close relatives. At the age of eight or nine, I was – as all kids – on different websites and that is how I came to see that homosexuality is an actual thing that exists. Because obviously, when I was young, I had what others would call homosexual tendencies, but I didn’t really know how to describe them or how to pinpoint them. I just thought that was a feeling and that it was normal. Only when I was a teenager, I revisited the whole thing.

Was there a certain initiating moment in your teen years because of which you started to think about it more?

Xenia: When it really dawned on me was on Tumblr of all places. In like 2014 or 2015, there was this time of the normalization of homosexuality online and everyone was posting things about it. There were all these posts of pretty girls saying ‘I am not gay but for her I would be.’ I consumed hours and hours of this content daily and at some point wondered, whether I related to it or whether it was just an imposter syndrome because I was exposed to so much of the content. I was starting to rationalize my own feelings and it took me a couple of years off of Tumbler to realize that is not the case.

The queerest place on the internet

In 2021 Tumblr proclaimed in a twitter post to be “one of the queerest places on the internet” and continued to state that “folks on Tumblr are 193% more likely to identify as LGBTQIA+ than on any other social media platform”. Other studies also show that Tumblr is – or more accurately was – for a long time a preferred online space for queer people to express their sexuality’s and gender identity’s. Tumblr’s recent tweet, however, received a handful of criticism. In 2018, the platform decided to remove all not safe for work and explicit content from its platform. But the algorithm used did not only ban inept “adult content” but also queer content, driving a lot of people away from the platform.

Tumblr after your ban on "adult content" you removed all of my top surgery recovery photos citing that my nipples were "female-presenting"
So you took down my photos and actively misgendered me in the process.
I can only say: who do you think you are

Was it easy for you to accept the fact that you are queer?

Xenia: I fully accepted that I was queer, I just didn’t accept that I was lesbian. That was the hard part for me. For a long time, I was even afraid to say the word out loud or think it. It was just so stigmatized in my head. I would always think ‘what if I just didn’t find the right guy? The people I was with weren’t the best, but I don’t know everyone. There got to be someone for me.’ But that really wasn’t the case. The case was: I am not attracted to men. That is the end of the story. But it was difficult for me to accept that.

Why do you think it was so hard to accept?

Xenia: It was hard because of this forced heteronormativity that is put on us every single day in every part of society. Everything we are exposed to is heteronormative: all the TV shows, all the books, all the romance stories, every character development arch. Literally every single thing is about a heterosexual romance. They make you feel like you will never be fully fulfilled as a woman if you don’t have a man in your life.

How did you sort through these emotions and distinguish between your own feelings and societies expectations?

Xenia: It took me a lot of time, a lot of self-reflection and a lot of working on myself. I am still doing it and I am still just trying to discover what I want and how I feel about people. At some point it got so far that I was creating a list in my mind of the pros and cons of having a man in my life. As a young child I really believed that I wasn’t able to do stuff. What can a man do and what can I do by myself? I came to the conclusion that I am perfectly capable of everything on that list.

…is a central concept of queer theory and describes a social value system that only accepts two genders (male and female) and solely regards heterosexual relationships as ‘normal’. In research, the term is used to analyze and critique the intertwining of heterosexuality and gender norms with relations of power, inequality and domination. While straight people don’t have to question this existing heteronormative order, queer people inevitably find themselves affected by its structural discrimination in private and public contexts. For example, the supposed normality of heterosexuality – perpetrated by the media – can complicate queer identity exploration which is described by the term “compulsory heterosexuality”.

Did anything or anyone help you in finding your identity?

Xenia: Representation became very important to me. Recently in the past three to four years, queer people have become a lot more represented in the media. A lot of people have been coming out and speaking up about their own experiences which really validates your own feelings about yourself and how you do things. Also, reading a lot about this stuff and about how women are emancipated and how we can work out what we want has been super important for me.

Do you feel the representation of lesbians in society is accurate?

Xenia: The queer community is trying so hard to get representation that it ends up just playing up the stereotypes. It’s not accurate and it’s not helping in representing people. It almost feels like it’s doing the opposite. Queer people are seen as characters that you can put in one or another category. ‘Oh, you are a lesbian? That means you will move in with your girlfriend on the second date.’ Or ‘You are a masc lesbian? Do you wear snap bags?’ It fills me with so much rage that this is what is happening. I feel like most of the times that is because the authors and the directors are straight people. It’s really important to get more representation made by queer people – the ones who understand that queerness is not a personality trait. Sociable and gay is not the same. It does not fall in the same category. Until we figure that out, I think the representation will remain very detrimental to the queer community.

Our media consumption influences our perception of the world and what we consider to be ‘normal’. TV shows and movies, radio programs and social media content not only inform and entertain us, but also shape our personal attitudes and beliefs. Therefore, representation and the way in which it is carried out matter. 26 percent of the top 300 U.S. programs on broadcast, cable and streaming platforms in 2019 had representation of individual cast members who self-identify as LGBTQIA+, according to a Nielsen’s report 6.7 percent of the top 10 recurring cast members in the programs analyzed were queer. However, these figures do not provide any insight into the accuracy or potential harmfulness of the current representation of LGBTQIA+ people. 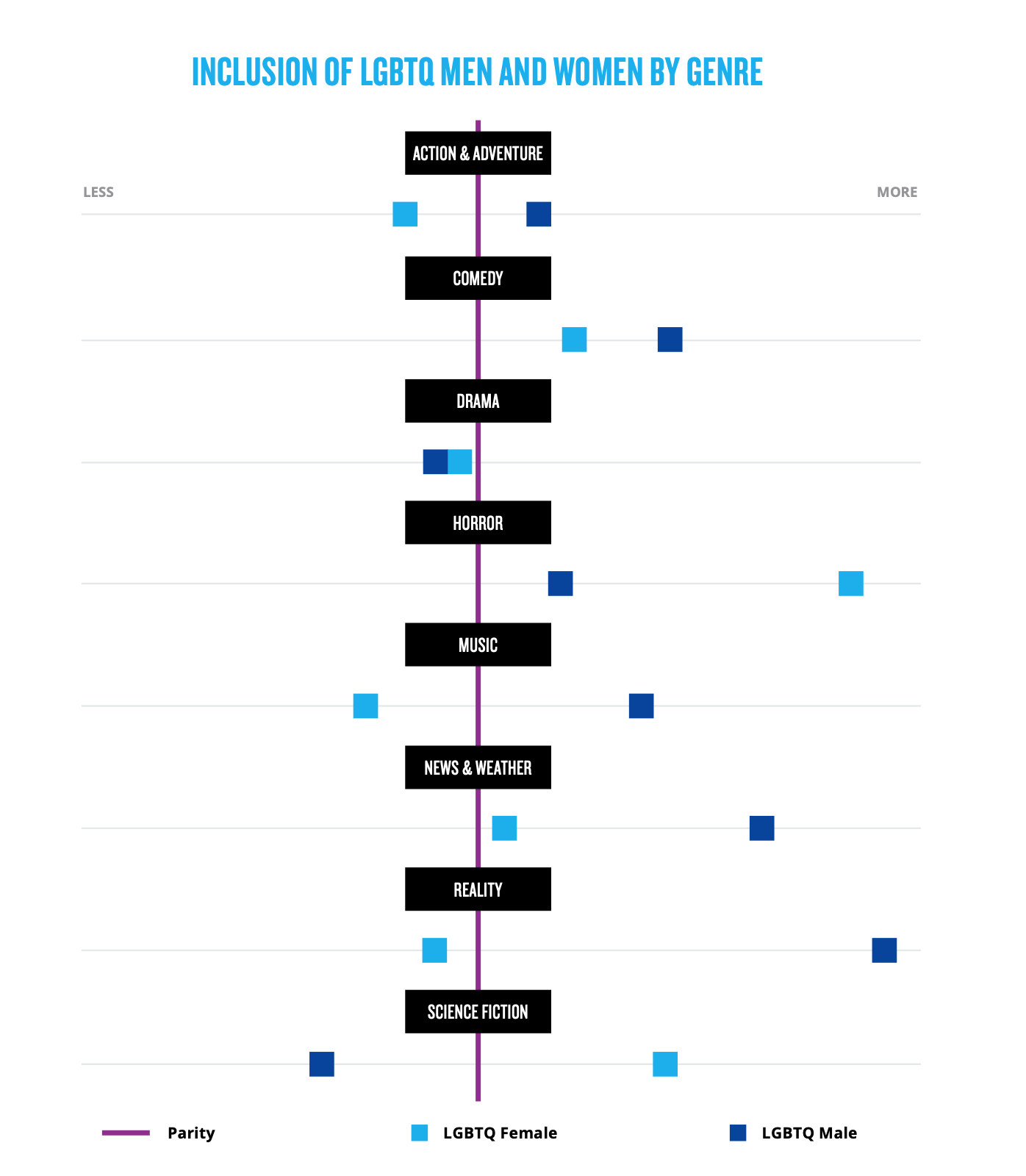 Do you feel accepted by society?

Xenia: I feel like the society has become more accepting, but not completely. Recently young girls have started to show affection towards each other a lot more. Whenever I see two girls holding hands, clearly appearing queer, my heart fills with joy. But then immediately after I will see some woman staring at them with anger in her eyes, mumbling something under her breath and I am like ‘Oh, never mind!’ Since the exposure has gained more momentum and as there is more representation and more acceptance, I feel like young people have become a lot bolder than my generation and a lot more expressive in their emotions. But when I say people, I mean only girls. Guys I have never seen because for men homosexuality is still very much stigmatized. It’s looked down upon. It’s seen as a disease, an anomaly. We have so many ways of insulting people by calling them gay in different derogatory ways. For women, it has always been more lenient. Girls always hold hands and are always more affectionate. So people will turn a blind eye and assume that they are just close friends.

How good is the offline representation of lesbians in Moldova?

Xenia: Right now, the field is dominated by queer bating. A lot of straight people are assimilating and appropriating queer representation. If queer people would start to express themselves, they would be discriminated, shut down and insulted. Which is disgusting because when straight people do it it’s fine, it’s quirky and it’s cool. I just really hope that queer people will see themselves as strong enough to show who they are, how they feel and to be themselves as much as it is possible because that would really help to show the wide range of queer people we have in this country. I am also trying to be a role model for young girls. Just like the ones I saw online. I couldn’t see them in the streets, and this is so much better when you can see queer people exist. When you realize you are not alone, that you don’t have to hide and that you can fully be yourself. It’s so empowering. Just seeing one person on the street can change your day, it can chance you whole week and it can be this turning point where you say ‘Ok, I can accept myself now.’