To Become Visible, You Need to Act: How the LGBTQI Community Fights for the Right to Be 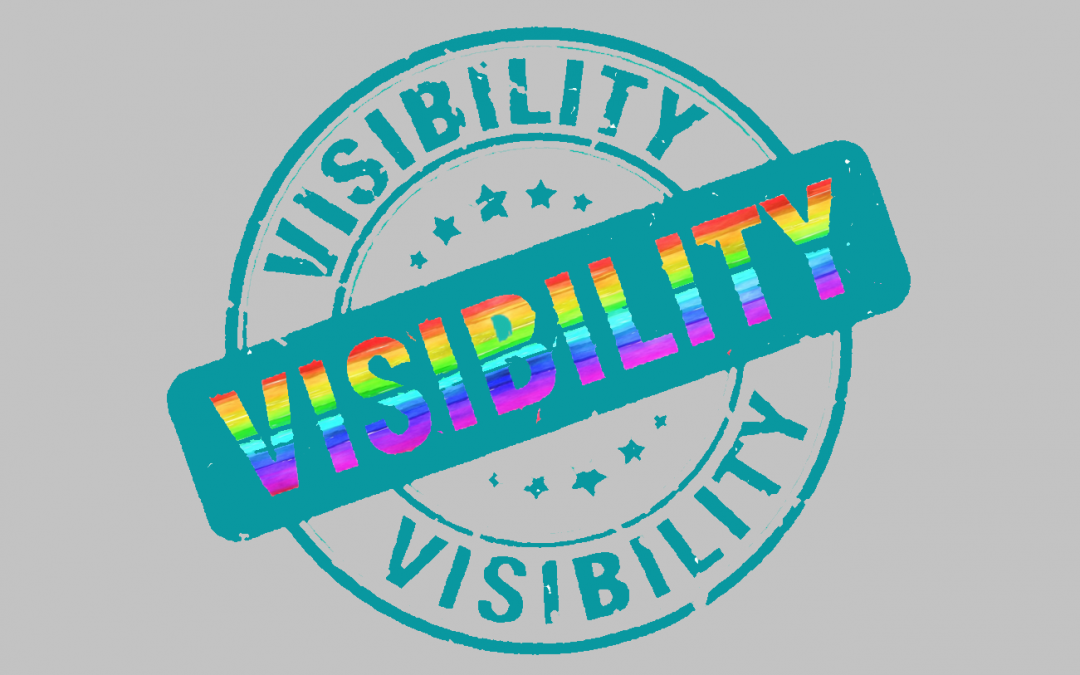 “Are you ready to express your social position? After all, the visibility of the community is a social act. And to be visible, you need the courage to speak.”

This comment belongs to German journalist Stephanie Kuhnen, the author of a book on the visibility of lesbians as part of the community: Lesben raus! Für mehr lesbische Sichtbarkeit. I met Stephanie during an online conversation about lesbians and their involvement in social life, and her words – to act – touched me.

Germany: from executions to rights

For the last six months, I’ve been advocating publicly an inclusive society – in which everyone, whether they have a disability or not, belong to the LGBTQI or the Roma community, feels safe and fulfilled. And the person who’s ready to fight for their own rights plays an important role here. But for some reason it didn’t occur to me that the community aspiring to visibility in society should take decisive steps for that visibility. A requirement based on “we exist” isn’t enough. It’s necessary to fight for this recognition through actions.

Another person I talked to said this – German politician, member of the Bundestag, Volker Beck. And he knew what he was talking about. Because the very history of the struggle of the LGBTQI community in Germany has many tragic pages. And one had to be bold to talk about their true selves.

Early twentieth century. West Germany inherits in its criminal code the so-called Paragraph 175 (§ 175) that goes back to 1871. It’s the criminal prosecution of sexual contact between men (“unnatural fornication between men”). And although in the 1920s and early 1930s, in Berlin in particular, the society was tolerant of gays and lesbians, and there were numerous bars and clubs, the situation in fact changed radically in five years.

Starting from 1933 (when the Nazis led by Adolf Hitler came to power) and until 1945, an estimated 5,000 to 15,000 (mostly) men suspected of homosexuality were sent to concentration camps. Most of them died there.

In West Germany, it became possible to abolish criminal liability under § 175 only in 1969, and only if the people were over 21 years of age. That was the time when the movement for the recognition of the rights of LGBTQI men and women started to revive rapidly.

In a few years, in 1972, the first nationwide gay demonstration took place in Münster. And one of its biggest calls to action was to talk about yourself, to become visible to others.

1994 was a turning point for LGBTQI people in Germany. That’s when the final abolition of § 175 took place. And that meant being free to choose who to love and who to have relationships with. Without fear of criminal liability and conviction.

But it wasn’t until 1998, more than half a century later (!), that the Bundestag finally overturned the sentences handed down by the Nazi regime to gay men under § 175, and found these actions to be contrary to the principles of a democratic society and contrary to human rights.

One of the revolutionary changes was the introduction of civil partnerships in 2001 – the official institution of same-sex unions in the country. And 16 years later, from October 1, 2017, it became possible to register the first gay marriage, after the law granting full and equal recognition of same-sex marriages came into force.

One person from the couple who registered the first such marriage in Germany was my interlocutor Volker Beck. In our conversation, he also noted that in 2017 more than 80% of Germans supported the right to marry for people of the same sex, and 76% were in favor of giving them the right to adopt children. All these revolutionary changes took place in less than a century: from the extermination of gay men as those who “thwart the will of God” to the full recognition of the rights of the LGBTQI community – property rights, the rights to marry and adopt children.

And through these dates I clearly “read” the daily struggle and search of those people who at one time were recognized as “wrong” by the society: they speak up for themselves – despite the fear of contempt, rejection, death. For the sake of the times when we finally become part of the majority and don’t need “special rights” or “special laws”. We just are.

“Not every business wants to advertise in our magazine. But it doesn’t matter. After all, we have many advertisers who don’t worry about LGBTQI. And they are progressive. They’re the ones setting the agenda.”

Ukraine: from exotics to recognition

Ukraine is only approaching the recognition of full rights for the LGBTQI community.

Today, unfortunately, there are still cases of crimes based on homophobia and transphobia, discrimination and other human rights violations against Ukrainian LGBTQI men and women. Thus, from January to August 2020, the Center Our World documented 106 such cases. And although there has been a significant reduction in the number of attacks – 2.5 times less compared to the same period last year – experts explain this reduction by the coronavirus pandemic and the corresponding quarantine restrictions (cancellation of many public events, where various acts of violence by radical groups usually took place), rather than by the increased level of tolerance towards LGBTQI people.

We’re still balancing between two extremes: from admiring LGBTQI activists to agreeing silently to violence. For example, in business.

“Being tolerant is good for business, but in Ukrainian realities it can also be… harmful,” said Pavlo Boiko, an investor and the founder of Hanna & Paul, at the recent BAM Allies Forum (business / activism / media).

He remembers when at the beginning of the 2000s, being gay was considered almost “exotic”:

“When we opened the first boutique in Kharkiv, we hired a salesman… Whereas everyone else was 20-25 years old, he was 50 years old and openly gay. And it was a huge competitive advantage for him. The 90s were still buzzing, all these thugs… And this was the first boutique selling Brioni, Versace. And the thugs… were glad to see this salesman. He became unique to the market – and was making more sales than anyone else.”

At the same time, only large international companies that have entered the Ukrainian market can speak openly about accepting different people. Most Ukrainian players still have to learn this (according to the results of the 2019 Corporate Equality Index rating).

… For me, the struggle of the LGBTQI community is just one of the examples for others who are now easily classified as so-called “vulnerable categories”.

Sometimes it seems incredible to me that in the 21st century these people have to fight for visibility – people with disabilities, mothers with young children, women in politics and the military, men caring for their children, Roma activists in local communities, people living with HIV or elderly people.

But if we want to live in a responsible society, we’re the ones who need to take these social steps. It’s inconvenient and sometimes engenders despair, but it’s necessary. The answer is obvious. An old acquaintance of mine, a woman I sincerely admire, trans*activist Anastasia Domani, once said in a private conversation:

“After my transition [from male to female – auth.], everything just fell into place. And now I can plan my life.”

The Ukrainian version of this article can be found at the link. The original article in Ukrainian was previously posted on the ZMINA Human Rights Center website